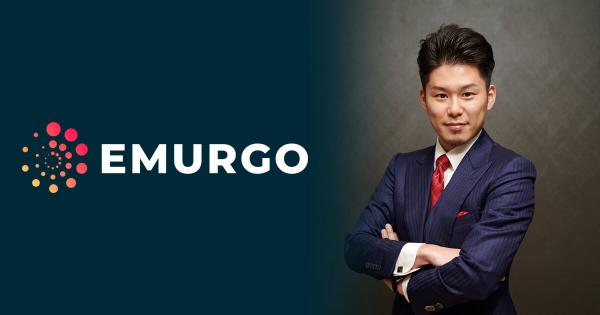 CryptoSlate recently had the opportunity to talk with the CEO of EMURGO, Ken Kodama. EMURGO is the commercial arm of Cardano. As CEO of EMURGO, Kodama leads the overall mission to drive the adoption of Cardano by building, investing in, and advising projects or organizations that adopt Cardano’s third-generation decentralized blockchain ecosystem. Below is our interview with Mr. Kodama.

Tell us about the major milestones Cardano and EMURGO have accomplished over the past 2 years. In what ways does EMURGO help drive the adoption of Cardano and add value to ADA holders?

Ken Kodama (KK): EMURGO, as the official commercial arm of Cardano & its Cardano ecosystem partners IOHK and the Cardano Foundation recently celebrated the 2nd year anniversary of Cardano’s ADA first exchange listing in September 2017. Over the past two years, EMURGO has rapidly expanded its bases in Singapore, Japan, India, Indonesia and New York.

From the onset, EMURGO has strategically laid out a multi-pronged approach to build a global Cardano by embracing a set of dual objectives:

Over the past two years, EMURGO has been steadfastly working incredibly hard to achieve these dual objectives and accomplished several milestones in the process.

For investment milestones, EMURGO announced an anchor investment into Y2X – a leading New York-based digital merchant & investment bank for the decentralized economy – that will offer a platform for entrepreneurs to raise capital for expansion through Securities Token Offerings (STOs) and other means. Cardano will become the protocol of choice for Y2X and its portfolio firms.

EMURGO also recognizes the importance of actual blockchain developer education to eventually be the technical foundation for the growth of the Cardano ecosystem. Thus, EMURGO launched our education business unit in India through the establishment of EMURGO India earlier this year to offer a variety of tailored blockchain developer education courses for university students, career professionals, enterprises, and the general public.

Our other recently launched EMURGO unit in Indonesia also focuses heavily on offering blockchain education workshops and courses by partnering with local universities to teach bright local students. Especially in markets such as India and Southeast Asia, there is a growing discussion on the utilities of blockchain technology to provide significant societal and economic benefits in local industries.

To add value for ADA holders, EMURGO has forged partnerships to build onramps for increased ADA liquidity and use cases. In 2018, EMURGO partnered with South Korean fintech giant Metaps Plus to offer an ADA Crypto Card accepted at over 30,000 offline retail merchants in South Korea, and also implemented ADA payments at retail merchants in Okinawa, Japan and a famous Japanese BBQ restaurant franchise owned by a local celebrity comedian.

Over the past two years which has included a strong rebranding, EMURGO has consistently built up a solid voice on social media with a large number of social media followers across all channels, more than 100,000 cumulative views on EMURGO’s Monthly Cardano Progress Report videos, and more than 130 comprehensive blog content articles freely available on our GitHub library.

As mentioned, Cardano recently celebrated its 2nd year ADA listing anniversary. Cardano has come a long way from being born as an idea, into a full-fledged open-source product on the cusp of our second phase of development with the coming of the Shelley era and full decentralization.

Also as our community would know, Cardano is on target for the Cardano Incentivized Testnet – one of the last preparations for the official launch of Shelley with real staking rewards. With a research-first driven approach, Cardano has amassed a significant global following and is recognized as a top blockchain protocol. There is a team full of qualified engineers and academics across the entire Cardano ecosystem entities working on building a Cardano that is scalable, sustainable, and interoperable with other blockchains & legacy systems.

For more information on the Cardano roadmap, visit cardanoroadmap.com

How big is the EMURGO team and where around the world are all the team members located?

KK: The EMURGO team has grown into a solid & talented team spanning the globe with more than 40 employees. Our global headquarters is in Singapore and a lot of our global operations staff is in Tokyo, Japan, which is where EMURGO was originally founded. EMURGO also has offices in India & Indonesia and runs the dLab/EMURGO accelerator in New York City. A lot of other members of the EMURGO team work remotely from other parts of Asia, Europe, & North/South America. A lot of our team members speak multiple languages and have lived & worked in many different countries thereby adding to the global nature of EMURGO.

What future milestones is EMURGO and Cardano most excited about rolling out in the near short, mid and long term?

KK: In the short term, everyone in the Cardano ecosystem is working towards a successful Cardano Incentivized Testnet which is a preview before the full rollout of Shelley. Shelley is the second phase of development in the Cardano roadmap and marks the dawn of full decentralization in Cardano. The Incentivized Testnet before Shelley mainnet will allow ADA holders to earn actual ADA as rewards from stake delegation and operating stake pools. For more information on that, please watch our FAQ Video and read IOHK’s blog here.

In the mid and long term, the big milestones for Cardano can be found on the Cardano roadmap site. EMURGO will continue to focus on driving the global adoption of Cardano by bringing more stakeholders into the ecosystem and increasing liquidity for ADA holders.

Tell us about the products EMURGO is working on, specifically Yoroi Wallet, Seiza Cardano Explorer, and Tangata Manu open-source toolbox…

KK: All three of these products were developed by EMURGO to drive adoption of Cardano and bring value to ADA holders. Yoroi Wallet is a light-client wallet for Cardano ADA users that is specifically designed to be simple, fast, and secure – a financial gateway to the future. Yoroi is fully functional and available for free download on iOS, Android, Chrome, & Firefox extension. To date, Yoroi Wallet has consistently enjoyed an excellent rating in all of its available app stores as it has delivered a spectacular user experience and also has a full engineering team developing updates and offering technical support on a full-time basis. Over the coming months, EMURGO will roll out new updates and features for Yoroi Wallet to make for a greater user experience.

Seiza Cardano Blockchain Explorer was announced in April 2019 and went live in May 2019. The name Seiza is derived from the Japanese word for “constellation”, as it reflects EMURGO’s Japanese heritage and objective for it to be a total comprehensive blockchain navigation guide for users. Seiza allows users to track their ADA transactions and other vital information related to the Cardano blockchain including wallet histories, addresses, block size, and stake pools, among others. Seiza will allow for the viewing of real-time information related to staking and stake pools as Shelley nears.

What are the biggest barriers to adoption for Cardano and how will it overcome them?

KK: Blockchain is still a nascent industry overall with growing mainstream awareness and limited regulatory clarity. This is why EMURGO has joined the Chamber of Digital Commerce & Blockchain For Europe, in order to have sustained dialogue with government-level stakeholders about blockchain-friendly initiatives. Also, we continue to focus heavily on our education units, partnering with local universities in markets such as India & Indonesia, to offer our blockchain education courses to empower local citizens and bring more blockchain proficient talents into the working world. Thus, we are working hard to increase awareness and build a proficient supply of blockchain developers through education.

Even though it is still early, in what specific areas or industries is Cardano development seeing the most traction?

While we cannot disclose any information other than what is publicly available, Cardano’s third-generation blockchain solutions are designed to address scalability, sustainability, and interoperability. As such, it is tailored to meet the demands of governments, enterprises, institutions, and developers that need a rigorous and robust blockchain platform. Our social media channels show all of our latest developments with enterprises and so forth across the entire Cardano ecosystem.

KK: What can you tell us about the partnership with New Balance sneakers to track the supply on the blockchain?

This exciting piece of news came via our Cardano ecosystem partner IOHK. Obviously, this is a good step in the direction towards applying Cardano’s third-generation blockchain towards real use cases including supply chain management with a trusted name brand. EMURGO and its Cardano ecosystem partners continue to engage with interested parties on implementing Cardano’s blockchain-based solutions.

How necessary are corporate partnerships to demonstrate the true potential of the Cardano blockchain?

KK: Partnerships with enterprises are certainly important as it validates the potential for Cardano’s third-generation blockchain to address business verticals. EMURGO is focused on building the Cardano ecosystem with a rich diverse set of stakeholders and thus we’ve entered different associations in a variety of industries to create dialogue and explore potential synergies in adopting Cardano for their businesses. EMURGO has also invested and partnered with Y2X to foster the growth of regulated STOs moving forward.

How important is the price of ADA to the adoption of Cardano?

KK: We keep our focus on building the Cardano ecosystem by addressing real use cases and driving adoption, which will drive natural price discovery.

Are there any other exciting developments you can tell us about taking place in the Cardano ecosystem?

KK: The Cardano community can rest assured that EMURGO and its partners are constantly working on building the Cardano ecosystem on all fronts. Any news development can be immediately found on our EMURGO social media channels and site and on the channels of our ecosystem partners.

A lot of focus is on the incentivized testnet technical-wise. Once Shelley is ready for launch, we expect to see more momentum with the drive of Cardano adoption and the continued development of the Cardano roadmap.

EMURGO was founded in Japan in June 2017 and has since expanded to Singapore, Indonesia, India, and New York. EMURGO acts as the official commercial arm of the Cardano project, and closely with IOHK and The Cardano Foundation to grow Cardano’s ecosystem globally and promote its adoption. Learn more about the project at https://emurgo.io