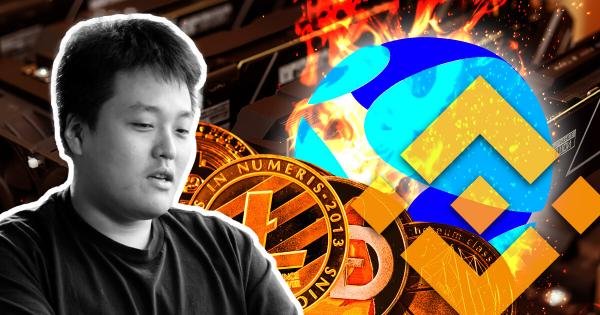 The biggest news in the cryptosphere for Sept. 26 includes Interpol’s red warrant requesting law enforcement worldwide to locate and arrest Do Kwon, news of the upcoming ATOM 2.0 update, and crypto miners leaving PoW tokens after the Ethereum Merge.

After releasing an arrest warrant for Terraform Labs founder Do Kwon, South Korea asked for Interpol’s aid in looking for Kwon on Sept. 19.

Responding to Korea’s request, Interpol released a red notice for Kwon on Sept. 26, mandating law enforcement worldwide to locate and arrest him.

Following the news of Interpol issuing a red warrant, Do Kwon tweeted that he is making “zero efforts to hide” and that he “go(es) on walks and malls, no way none of CT hasn’t run into me the past couple weeks.”

Crypto miners who initially flocked to GPU-compatible PoW tokens after the Ethereum Merge are leaving those networks after the value of their tokens fell and as the value of GPUs dropped by up to 40% in China since the merge.

The Ethereum community has voiced widely divergent opinions on whether implementing reversible transactions is a step forward.

A significant aspect of cryptocurrency is transaction irreversibility. While proponents of reversible transactions point to improved safety, detractors argue that, under this proposal, Ethereum reflects the banking system it claims to oppose.

Cosmos’s native token ATOM’s upgrade details will be launched on Sept. 26, during the first day of the Cosmoverse in Medellin. The details will be revealed in Cosmos co-founder Sommelier Zaki Manian’s keynote speech titled “$1K ATOM LFG” and a panel discussion on ATOM 2.0.

Komodo’s (KMD) integration with Cosmos on AtomicDEX was completed on Sept. 26. The integration leverages AtomicDEX’s cross-chain protocol, non-custodial wallet, and DEX to connect the Cosmos ecosystem to other blockchains.

Chinese authorities detained 93 people for allegedly being involved in a money laundering operation. According to local news sources, a group of criminals attempted to launder 40 billion RMB using cryptocurrencies. Authorities were able to seize 300 million RMB and 100 mobile phones from the captured subjects.Wrapped

The Reserve Bank of Australia (RBA) published a whitepaper announcing the pilot program for its Central Bank Digital Currency (CBDC) eAUD on Sept. 26. The whitepaper was co-published with the Digital Finance Cooperative Research Centre (DFCRC).

The eAUD will work on a private, permissioned version of the Ethereum (ETH) blockchain both during its pilot period and after it launches.

Ethereum developers, and Cardano founder Charles Hoskinson get into a Twitter feud

Cardano (ADA) founder Charles Hoskinson got into a quarrel on Twitter with the Ethereum developers.

Kiff was responsible for fintech and digital currencies during his position at the IMF. He likens the CBDCs to Avant cards of the 90s and debit cards of the 2000s in terms of utility and expansion potential. Adding that both initiatives both became widely popular and increased financial inclusion in the past, he says that CBDCs carry the potential to be the next big thing in the finance sector.

Osmosis founder Sunny Aggarwal took to the Comosverse stage to speak about mesh security systems and opened his talk in a 40lb suit of chainmail armor.

ı analysts tried to answer one of the most critical questions of today’s market: how low can Bitcoin (BTC) go? To find an answer, analysts looked at the MVRV Z-Score, which is a combination of Market Value (MV), Realized Value (RV), and Z-score.

The MVRV Z-Score is currently in the green zone, suggesting a market bottom. However, this has been the case since the beginning of the bear market. In previous bear markets in 2020, 2019, 2014, and 2011, the MVRV Z-Score remained in today’s range between 20 and 300 days, suggesting that Bitcoin’s price can stay the same for six more months.

With that being said, Bitcoin can still drop lower in the future. The closest support level is $17,500, and falling below that would indicate that this bear market is none like the previous ones. 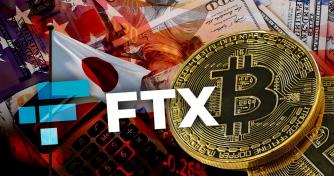 Komodo is an open-source blockchain technology suite allowing users and businesses alike to benefit from an array of disruptive technologies.. Learn More

UNUS SED LEO (LEO) is a cryptocurrency token and operates on the Ethereum platform. Learn More