Former BitMEX CEO Arthur Hayes said traders in long positions on Bitcoin should be wary of the asset's value falling to $17,500. 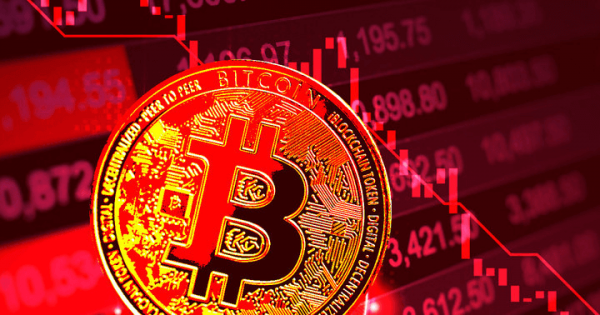 Flagship digital asset Bitcoin (BTC) has had a rough year, falling 72% from its all-time high and losing more than 50% of its value this year alone.

On several occasions, the asset has seen its value plunge below the $20,000 mark. During the thick of the bear run, BTC fell below a previous cycle’s all-time-high price — $19,750 — for the first time in its history.

These scenarios have led to the rise of one of the most prevalent questions in the market “how low can BTC go?”

For starters, there is no sure way to determine this as the crypto market’s volatile nature can be very unpredictable — one only has to look at how Ethereum’s (ETH) price performed after the highly anticipated merge to get an idea of how unpredictable the market is.

However, certain metrics like the MVRV Z-Score can be used to determine the price performance of an asset.

The MVRV Z-Score is based on three metrics – Market value (MV), Realized Value (RV), and Z-score. The realized score is the price of each Bitcoin since it was transferred across wallets, while Z-score is the deviation test between market value and realized value.

Most times, MVRV Z-Score can be used to determine whether Bitcoin is over or under-valued. Historically, when the market value is significantly higher than realized value, it indicates a market top (red zone), while the opposite means a market bottom (green zone). The MVRV Z-Score shows that BTC is undervalued as the realized price is slightly higher than the market price.

The score is currently in the green zone, which suggests a market bottom, and has been there since the Terra LUNA collapsed.

As of September 21, the Z-score was -0.14, clearly showing that the market value is smaller than the realized value. The MVRV at that time was 0.87.

Meanwhile, the fact that MV shows that we might have reached the bottom does not mean BTC can not still dip lower. However, falling below $17,500 –the next resistance level– would suggest that this is not a regular bear market.

Former BitMEX CEO Arthur Hayes pointed this out in one of his essays. According to him, traders in long positions on Bitcoin should be wary of $17,500.

Hayes continued that much of Bitcoin’s price depends on US Dollar liquidity, which has been tightened since November 2021. With the Fed planning to remove liquidity further, the hawkish stance could test Bitcoin’s resilience at that mark.