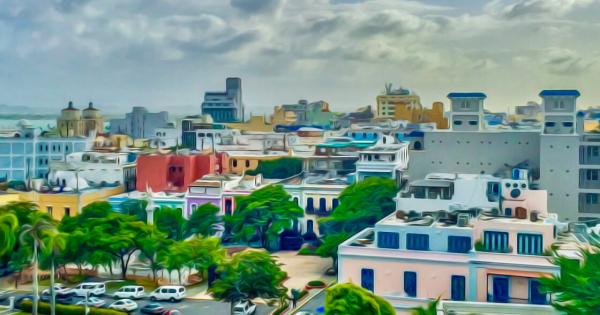 What better way to farewell those balmy, tropical days than in the company of Puerto Rico’s world famous exports; Ricky Martin’s toe-tapping, salsa-inspired sounds and an ice cold pina colada in hand?

But, with the devastating images of 2017’s Hurricane Maria still freshly etched in our minds, it’s hard to imagine lazy holidays while the island community is struggling to rebuild the former paradise.

And, of course, Puerto Rico has also been in the headlines recently for a very different reason. Please continue reading to see why crypto entrepreneurs are heading there in droves.

The name Puerto Rico is Spanish for “Rich Port” while it’s officially registered as the Commonwealth of Puerto Rico. The tropical destination (comprising of the main island and a chain of various smaller ones) is located in the northeast Caribbean Sea between the Dominican Republic and the Virgin Islands.

Puerto Rico has 3.4 million citizens and its capital is San Juan. The island was claimed for Spain in 1493 by Christopher Columbus, and while Spanish is mostly spoken, English is the other official language.

Although there were several attempts through the centuries by major nations (i.e., the French, Dutch, and British) to invade the island, Spain managed to hang onto Puerto Rico until 1898.

But, following the Spanish-American War, the United States acquired Puerto Rico under the terms of the Treaty of Paris which involved Spain relinquishing nearly all of the remaining Spanish Empire to the US.

Today, Puerto Rico is categorized as an unincorporated US territory (together with 12 others, such as Guam and Samoa) which is best described as an area controlled by America, although it does not form part of the United States. Albeit fundamental US legal rights apply in unincorporated territories, United States constitutional rights do not accrue.

A story in The New York Times earlier this month describes how dozens of the crypto-wealthy are selling up everywhere and moving to Puerto Rico en masse. Californians, Canadians and Brits are moving lock, stock and barrel to the island, with some even terminating their Cayman Island registrations in favor of the new address.

“So, no. No, I don’t want to pay taxes,” 42-year old Reeve Collins told The Times while working away on his laptop at a San Juan hotel pool bar where the frozen pina coladas are on tap. He was indeed referring to the fortunes amassed by the blockchain and cryptocurrency ventures (BlockV and Tether) that he’s connected with.

“We’re going to make this crypto land,” echoed his bar-top buddy, the 39-year old Bryan Larkin –who has mined $2 billion in Bitcoin- the chief technology officer of Blockchain Industries, a public company based in Puerto Rico.

And, that’s exactly what the expats are there for; to turn the island (which was all but totally destroyed by Hurricane Maria) into an utopia for crypto evangelists. Puertopia, as it’s fondly referred to by the group, is what will arise from the rubble, they say.

Prior to the hurricane, the group had been searching for about a year to find suitable premises for the fulfillment of their dream.

So, when Hurricane Maria hit, it was a “perfect storm”, says resident Puertopian Halsey Minor, founder of news site CNET and the blockchain company, Videocoin. We think he means that it’s a good thing that the crypto expats are on call to help raise the devastated nation from the ground up.

They will be building new docks, a city and airports, according to the group. And, reinvent society by means of the blockchain; the money will be virtual, all contracts will be public and the pro-crypto local government is even warming up to the idea of a cryptocurrency bank, the Puertopians say.

But, the jury is still out on exactly where on the island Puertopia will be centered. Although there is talk of 250,000 acres of land earmarked for a brand new city, a contingent of the expats believe that’s not necessary; they can just as well rebuild San Juan and use some of the infrastructure (such as the unaffected buildings that the Puertopians currently live in) as foundation for the new development, they say.

The Times reports; without having to renounce your American citizenship, there are no federal personal income taxes, no capital gains taxes and the business taxes are very favorable.

Help from a Crypto Billionaire

Yet, it’s not about the taxes, says Brock Pierce, former child actor and leader of the Puertopia movement; who is also a director of the Bitcoin Foundation and co-founder of Block One, a blockchain startup with crypto of $6.5 billion in circulation.

Pierce (who is hailed as somewhat of a spiritual leader by the group) continues that what’s guiding them there is “compassion, respect & financial transparency.” Pierce says,

“I’m worried people are going to misinterpret our actions, that we’re just coming to Puerto Rico to dodge taxes.”

And, to prove that, Pierce promises he’s going to take $1 billion of his own money and create a charitable token which will be called “ONE”. A move which has Puertopian Kai Nygard, scion of Canadian clothing company Nygard, waxing lyrical; referring to Pierce, said,

“He’s tuned into a higher calling, he’s beyond money.”

A blockchain summit, dubbed Puerto Crypto, will be held on the island during March at which the Governor will be a keynote speaker. To rise again after being flattened like the good people of Puerto Rico have been, takes all the help they can get which will undoubtedly be welcomed with open arms.

Therefore, don’t expect too much analysis by anyone on the semantics of the Puertopians’ exact calling; at this point, regardless of whether their saviors are driven by greed, divine intervention or smart tax strategies, the island nation can hardly wait to be restored to normality and to get on with their daily lives. 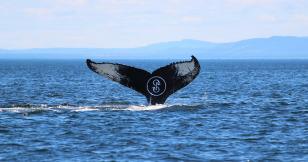 The price of YFI, the native token behind the decentralized finance (DeFi) giant Yearn.finance dropped to double-digits. 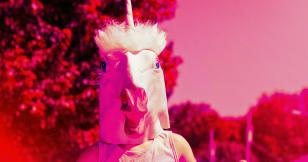 It’s been a bloody past few weeks for the DeFi market.