The former child actor and current cryptocurrency entrepreneur, Brock Pierce has vowed to give away $1 billion of his cryptocurrency fortune to a blockchain network with charitable intentions. 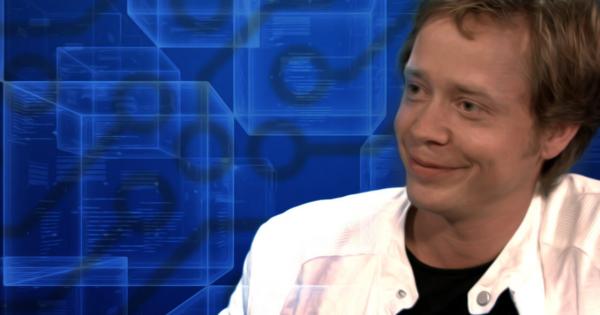 The former child actor and current cryptocurrency entrepreneur, Brock Pierce has vowed to give away $1 billion of his cryptocurrency fortune to a blockchain network with charitable intentions.

Brock Pierce entered the public eye in the 1992 Disney film, The Mighty Ducks, but has since proved himself to have as much of a talent for business and entrepreneurship as for acting and entertainment.

Pierce, who originally hails from Minnesota, has since his rise in the cryptocurrency, moved to Puerto Rico in order to benefit from the US territory’s unique tax policies which exempt Puerto Ricans from paying income tax on their crypto funds.

However, Pierce can still often be spotted in and around Los Angeles.

Los Angeles is where the entrepreneur recently gave an interview to Forbes. Pierce gave the interview a day after hosting a luxurious dinner for almost 30 guests.

The meal was prepared by a Michelin star chef, and the evening contained several pieces of entertainment including a hookah, fire spinners, and even a snake dancer.

From Entertainment to Crypto

The 37-year-old started dabbling in the crypto industry while he was still in the entertainment business. Pierce established a love for acting an entertainment during his youth as an actor and went on to found the Digital Entertainment Network when he was only 17.

This is widely considered to be the YouTube’s predecessor and raised over $88 million during the dot-com investment craze of the late 90s and early 00s. However, this company has since got bankrupt.

This did not deter Pierce, who went on to found the Internet Gaming Entertainment platform during the 00s. This platform is known as one of the world’s biggest virtual-asset trading firms and is responsible for creating thousands of jobs in China where it employs individuals to play games such as World of Warcraft to win prizes.

This interest and success in the gaming industry is perhaps what led Pierce to cryptocurrency.

Since becoming interested in cryptocurrency, Pierce quit the Internet Gaming Entertainment platform and dedicated his time and capital to the cryptocurrency industry.

Pierce has been involved in establishing cryptocurrency projects and platforms such as Bitfury, Mastercoin, Tether, Blockchain Capital, Ethereum, and Block.one.

Pierce intends to donate $1 billion of his capital for a new blockchain-based project which will establish a decentralized and autonomous community which will be dependent on the underlying blockchain technology.

According to Pierce, this community will be registered as a charitable one. The community will be ruled by a constitution, but every community member will have equal voting rights as to how the money is spent. The project has been based on a former project that the entrepreneur was involved in, EOS.IO and will launch June 1, 2018.