A recent report from 911 Metalurgist explored the cost and profitability of crypto mining, finding that mining 1 BTC will set you back anywhere between $1,400 and $246,500 — depending on where you are. 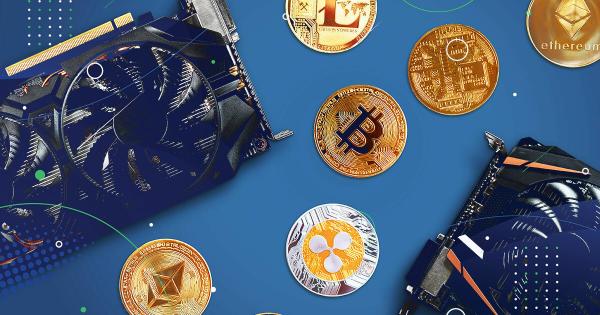 Cryptocurrency miners are considered one of the main drivers of the crypto industry but the latest market downturn has put the profitability of the once-lucrative business into question.

Falling crypto prices and rising electricity costs around the world mean miners operate on very tight margins and some might not even be profitable at all, according to a report from 911 Metalurgist on mining costs.

The report estimates how expensive it is to mine the top three most popular PoW cryptocurrencies — Bitcoin (BTC), Ethereum (ETH), and Dogecoin (DOGE).

The research considered the average price per kWh in every country in the world and then compared it to the energy required to mine every one of these tokens. Subtracting the average market price for the token left researchers with a rough estimate as to how profitable mining is around the world.

The varying cost of crypto mining around the world

Bitcoin mining has been a highly contested topic lately, with many governments and environmental organizations criticizing its high energy requirements. And while the majority of the data shared by critics could be characterized as misleading, there are countries in the world where mining Bitcoin is both economically and energetically unfeasible.

According to research from 911 Metalurgist, mining 1 BTC in Venezuela costs over $246,500. The latest market downturn has pushed Bitcoin’s price down to around $20,000, making Venezuela the worst country to mine BTC. Mining ETH in the country is profitable, but with an estimated cost of around $1,000 and ETH’s price now standing at just above $1,100, miners would just be able to break even.

Small island nations whose lenient tax laws made them a popular destination for crypto companies aren’t that welcoming to mining. Mining 1 BTC on the Solomon Islands currently costs around $142,500. Antigua and Barbuda, Micronesia, Kiribati, Marshall Islands, Maldives, Samoa, Vanuatu, Dominica, and Tonga all have extremely high electricity prices that render Bitcoin mining impossible. Mining a single Bitcoin in any one of these nations costs between $70,000 and $89,000.

Yemen, Ethiopia, and Kyrgyzstan require around $7,160 to mine a single Bitcoin while doing the same in Angola and Qatar will set back miners $7,360.

Once accounting for over three-quarters of Bitcoin’s entire hash rate, China is no longer the mining hub it once was. The ban introduced by the country’s central bank in 2021 has exiled all mining operations in the country.

While some moved to neighboring country Kazakhstan to make use of the country’s abundant coal-powered electricity, many were eyeing less popular locations with cheap electricity. Some countries anticipated an influx of miners and were expedient in passing laws that banned mining before any major operations were set up. Iran, home to the 14th lowest electricity prices in the world, imposed a temporary ban on Bitcoin miners after an influx of farms caused multiple cities to suffer rolling blackouts.

Kosovo, a Balkan state whose independence has been highly contested, provided Bitcoin miners with the perfect combination of cheap electricity and political instability that led to it becoming a hot spot for mining. Kosovo’s coal plants provide the 16th cheapest electricity in the world. However, the ongoing dispute between Serbia and Kosovo about the sovereignty of the land led to dubious agreements that left it to local governments to absorb the cost of electricity for Kosovo’s northern part.

Essentially free electricity made Kosovo a particularly attractive destination for mining in the past several years. But, coal plant outages and the rising cost of imported electricity forced the disputed country to introduce an indefinite ban on mining, according to Reuters. Mining 1 BTC in Kosovo would currently cost around $10,560, introducing a profit of over $9,500.

The great miner migration to the U.S.

Following the controversial mining ban in China, a significant number of large mining operations sought refuge in the U.S. Seeking vast land, good infrastructure, and low electricity prices, many miners relocated to Texas and Wyoming. The abundant power in both states means mining 1 BTC costs around $16,500, presenting a profit of around $3,500 even with Bitcoin’s price hovering around $20,000.

Despite the cost of mining Bitcoin being roughly in line with the national average, Georgia has reportedly emerged as the primary crypto mining hub in the U.S. Bloomberg reported earlier this year, citing cryptocurrency company Foundry, that miners in Georgia accounted for over 34% of the computing power in its pool, which accounts for 17% of Bitcoin’s total hash rate.

The outsized mining activity in the country is due to favorable regulations that allowed mining companies to purchase cheap solar and nuclear electricity from non-profit organizations in the area at about half the price. Mining 1 BTC with power from Georgia’s grid would cost just over $13,000, according to 911 Metalurgist. 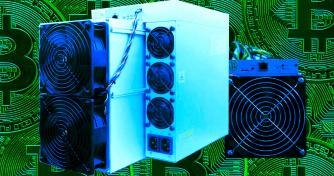