Five U.S. Senators are proposing to create a national registry for PoW mining companies and mandating them to provide regular disclosures about their energy sources and carbon emissions. 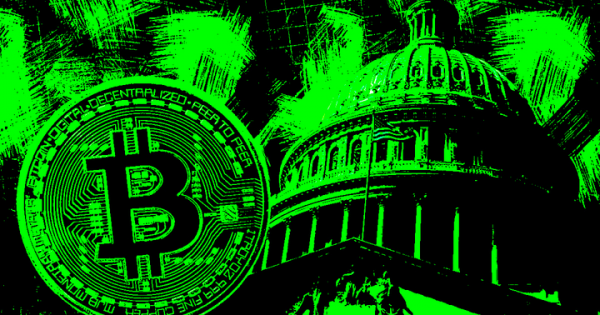 Five U.S. Senators have sent a letter to the White House’s Office of Science and Technology Policy (OSTP), requesting the entity to restrict energy use for Proof-of-Work (PoW) crypto miners.

The Senators — Sheldon Whitehouse, Elizabeth Warren, Tina Smith, Jeff Merkley, and Ed Markey — raised concerns over the impact PoW mining has on the environment. According to letter, the industry’s energy-intensive nature also threatens to derail the U.S. from achieving its climate goals.

To help get the country get back on track, the Senators suggested creating a national registry for PoW crypto miners, which would enable the government to request increased transparency and regular disclosures from PoW mining facilities.

Additionally, the letter proposed introducing an energy efficiency standard for mining facilities. In doing so, the government can instruct all PoW mining facilities to use new, verified zero-carbon energy sources or renewable energy, according to the lawmakers.

Explaining why OSTP should explore the above suggestions, the Senators said the U.S. is the largest crypto mining destination, accounting for approximately 35% of Bitcoin’s hashrate.

According to the letter:

The annual global electricity consumption associated with mining two major cryptocurrencies, Bitcoin and Ethereum, is estimated to be around 300 terawatt-hours of energy, which is comparable to the consumption of the United Kingdom.

This news comes on the heels of New York City Mayor Eric Adams saying he would ask Governor Hochul to veto Assembly Bill A7389C. Sponsored and written by Representative Anna Kelles, the bill calls for a two-year ban on PoW miners that use fossil fuels.

The bill recently passed New York’s state and now awaits signing by Governor Hochul. However, Hochul is not keen on taking a side yet. According to her, deciding the legislation’s fate needs balancing. While she understands the need to protect the environment, Hochul also believes it is vital to preserving opportunities for jobs that do not see a lot of activity.

While it is unclear whether Hochul will sign or veto the bill, regulating the crypto mining industry remains a contentious matter, with lawmakers airing varying opinions. Earlier this year, the ECON Committee of the European Union voted against an outright ban on PoW mining.

Moreover, enforcing bans on the PoW mining industry has proven a tough nut to crack. An example is China, which banned crypto mining in the past year. While this ban forced big mining companies out of the country, a recent report from the Cambridge Centre for Alternative Finance (CCAF) shows China contributes 22.29% of BTC’s hashrate.