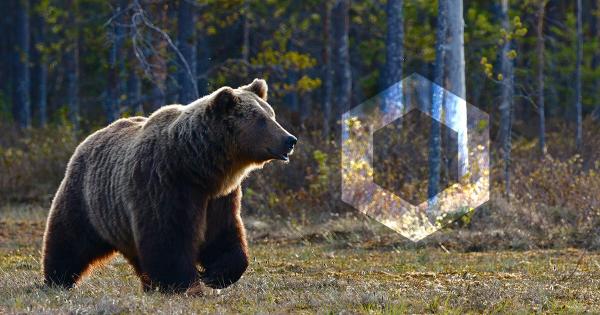 Screenshots and tweets on Thursday showed the fund — whose identity and legitimacy is not verified yet — was giving monetary awards to influential Twitter users. The move follows its infamous report on LINK from weeks ago, one that said the cryptocurrency would “correct by 99%.”

“Icebergy,” an engineer and crypto developer, trolled Zeus Capital on Wednesday, asking for 5 Bitcoin for posting a “bad Link chart.”

To his, and every LINK “marines” surprise, Zeus seemed to accept the bid on a DM to Icebergy:

Other Twitter users also seemed to have received similar bounties, all in return for a position that showed LINK in poor light. The receiving end included Scott Melker, who goes by “The Wolf of all Streets:”

Let me be clear. I would never take money to post something negative. Ever.

Zeus Capital did DM me this morning, but I replied politely (as I do to all DMs) that I had already posted a LINK chart yesterday. The screenshot is below for reference.

Although Melker did post a “not bullish” position for LINK, he said it was based on technical analysis instead of a report, confirming a later tweet.

As CryptoSlate reported earlier this week, Zeus Capital has charged on Chainlink with an elaborate report calling the blockchain agnostic project a “scam.” The final sentence of the statement reads:

“Based on our findings, we have opened a short position in LINK and recommend you doing the same with a target price of USD 0.07 and a potential upside of nearly 100%.”

The real Zeus Capital, based in London and a prominent asset manager, has since stated it has no connection to the report and has not dabbled in cryptocurrencies. Meanwhile, the namesake Zeus has been busy promoting its reports using Twitter ads.

Why the Zeus narrative is FUD

Zeus Capital’s massive efforts to write, promote, and spread a negative report on LINK begs the question: Why do it?

And it’s a good question too. In recent months, Chainlink’s partnerships have eclipsed any other crypto project, with its oracle services and verifiable randomness function among the foremost features.

Just last week, a gaming application, an exchange, and a digital identity service integrated Chainlink oracles to bolster their offerings — all requiring the use of LINK to pay the latter. More significantly, China’s Blockchain Service Network (BSN) also onboarded its oracle service — alongside Ethereum, Nervos, NEO, and others — to build an “internet-linked blockchain” in the country.

Even the World Economic Forum has recognized Chainlink. Earlier this year, it was among the top-50 tech pioneers awarded for their efforts in the technology sector.

With these developments in mind, the why behind Zeus Capital’s report remains unanswered, but the LINK marines could probably help.