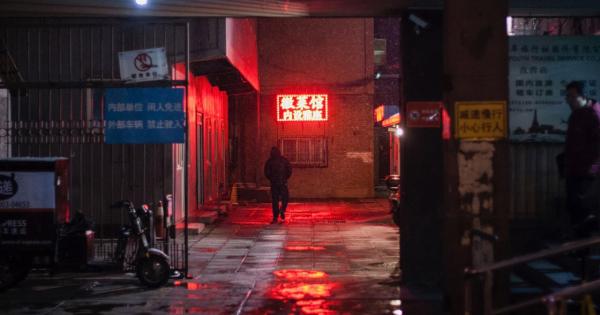 Photo by Evan Brockett on Unsplash

More than 20 independent gangs were allegedly involved in the criminal syndicate. Reports noted over 330,000 “members” were added to 250 distinct online chat groups and 70 mobile applications over the period of eight months, primarily to focus on FIFA World Cup 2018 matches, which concludes on July 15, 2018.

As stated, the accused operated solely on the dark web and conducted transactions using Bitcoin, Ethereum, and Litecoin. The group lured gamblers with a massive network of 8,000 agents, who police note, were paid commissions for recruiting new “members,” creating a cryptocurrency pyramid scheme in effect.

While gambling was classified as an illegal activity under Chinese legislation in 1949, the Far East superpower is no stranger to the activity. The country’s gambling culture dates back to 960 A.D., and authorities have run state-backed “welfare games” and lotteries for centuries.

“Charity betting,” sponsored by China’s Sports Administration, is also allowed in the country. Interestingly, Chinese administrative regions Macau and Hong Kong have vibrant gambling industry, with the former referred to as “Vegas of the East.”

China is also home to the world’s second-largest lottery. Sponsored by The National Sports Lottery organization, the jackpot is set at tens of millions of dollars with 2018 ticket sales reaching a staggering $16.5 billion.

China’s fascination with football remains oblivious to the country’s world cup performances. China has only ever qualified for one World Cup in 2002, where it did not win a single game. However, over 300 million citizens watched the matches at the time, indicating a huge popularity for the game in general.

Guangdong police say the action was part of the wider nationwide “Online Clean and Secure” operation that was set up to specially target illegal web-based gambling during the World Cup.

Cases like these justify China’s stranglehold on the cryptocurrency industry, which has been widely frowned upon as a darknet financier and a medium for funding terrorists. The country remains stringent on cryptocurrency crackdowns after its infamous blanket ban was levied in September 2017.

Meanwhile, the country continues to embrace blockchain technology. Officials regarded blockchain as “ten times as disruptive as the internet” in May 2018 and set up billion-dollar blockchain incubator parks in a bid to augment the sector as part of the 13th Five-Year-Plan.