After months and years of development, Ethereum 2 is finally drawing close.  For those unaware, the upgrade will overhaul how the Ethereum blockchain works, using certain technologies to make it more efficient in terms of costs, power consumption, and speed. 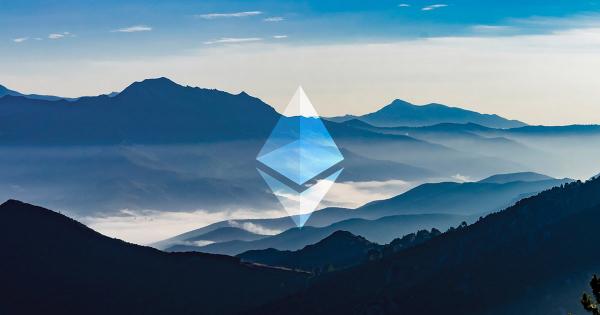 After months and years of development, Ethereum 2.0 is finally drawing close.

For those unaware, the upgrade will overhaul how the Ethereum blockchain works, using certain technologies to make it more efficient in terms of costs, power consumption, and speed. As Vitalik Buterin, founder of the cryptocurrency, explained in a March 2019 presentation in Hong Kong:

“[It is] a way to bring technical improvements, like PoS and sharding, together to improve the Virtual Machine, Merkle Trees, the efficiency of the protocol, and a whole bunch of small technical things that you have never heard of.”

While there are many aspects to the upgrade, the one that most investors are currently focusing on is Proof of Stake (staking).

Staking, in the cryptocurrency industry, is a term used to describe a governance mechanism where users stake a digital asset to participate in governance and/or security, then receive rewards over time for their commitment.

Staking is so important to Ethereum that Adam Cochran, a venture capital investor and professor, went as far as to say that the asset could bring the “biggest economic shift” in crypto and in society.

Cochran believes that due to the incentives provided by the staking mechanism, demand for ETH will explode while supply simultaneously shrinks, causing massive price appreciation.

Unfortunately, there are two senior employees at ConsenSys that have recently identified risks in the economics of the proposed staking implementation from Ethereum developers.

A senior manager and a director at ConsenSys, Tanner Hoban and Thomas Borgers, recently released an article to Medium entitled “Ethereum 2.0 Economic Review” in a bid to analyze/audit the effects the implementation of staking will have on the security of the network.

@thomasborgers and I have been working on an Eth2 economic review in response to a @MolochDAO RFP. We've created a detailed economic model and developed frameworks for measuring Eth2 security and validator required rate of returns. More in our report: https://t.co/qXa6IcmDcK

The audit is quite long, coming in at just over 100 pages, but here are a few takeaways from the report as synthesized by the authors.

With all this in mind, the two suggested that the rewards of staking should be increased and that developers should explore a more “dynamic method” of changing rewards in case of a price shock.