A big story in the crypto industry over recent days has been the roll-out of Ethereum 2 (a.k.a. 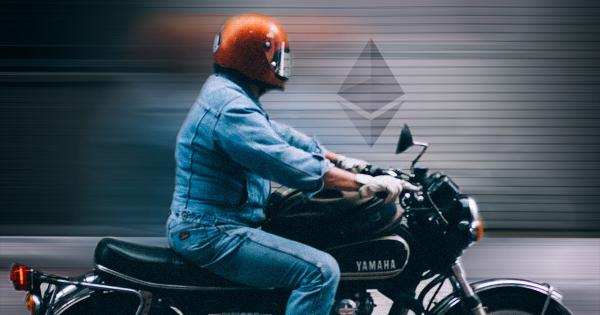 Photo by Bechir Kaddech on Unsplash

A big story in the crypto industry over recent days has been the roll-out of Ethereum 2.0 (a.k.a. ETH 2 or some variation of this) — an upgrade slated to overhaul the inners workings of the blockchain to make it exponentially more usable and decentralized.

In a statement published in a Reddit “Ask Me Anything,” prominent Ethereum Foundation researcher Justin Drake said that he thinks to ensure ETH 2 launches safely, programmers will need until at least Jan. 2021. The launch in question is the launch of ETH 2.0’s first phase, “phase 0,” which only activates staking.

This was a departure from the narrative that the upgrade was going to go live in July to September of this year.

Drake cited the need for a public multi-client testnet, an incentivized “attack net” to identify shortcomings, and a bug bounty program.

We made Eth2 hard for ourselves:

We could have launched a year or two earlier the easy way. It was painful but it was right. Our investments will pay off for decades 🙂

Despite his prominence as a developer and researcher for the Ethereum project, many of his peers were quick to rebut the sentiment, saying that ETH 2 should go live in 2020.

Other Ethereum stakeholders beg to differ

First and foremost, there was Vitalik Buterin, the Canadian-Russian founder of Ethereum.

Buterin said in the Reddit thread that he “personally quite disagrees” with the sentiment, saying that he would “favor launching phase 0 significantly before that date regardless of level of readiness.”

The developer argued that from a technical and logistics standpoint, ETH 2 won’t technically be that intensive, and thus there can be some bending room with the timeline:

“I’m inclined to say eth2 phase 0 is a little simpler on-net. Also, eth2 is not going to have any critical applications depending on it until phase 1, so the practical risks of breakage are lower.”

Others supported the sentiment. Hudson Jameson, also of the Ethereum Foundation, simply said he thinks the upgrade will launch in 2020. Danny Ryan, also of the foundation, also said that 2020 is where his bet is.

Some even put their money where their mouths are. Preston Valoon of Priysmatic Labs, a development company working on Ethereum 2.0, bought “32 ETH worth of YES shares for ‘ Will Ethereum 2.0 Phase 0 launch before 2021?’ prediction market on Omen.” And DeFi protocol Set’s Anthony Sassano said that he bet 1,000 USD Coin (USDC) on those same YES shares.

Drake somewhat conceded after all these comments, writing that he heard the rebuttals “loud and clear” and is seeking to “ship” ETH 2 in 2020.

The community wants phase 0 genesis in 2020—not one day late. The goal is set; let's ship.

As a reminder, all of these comments are suggestions. For ETH 2.0 to properly go live with the support of all stakeholders, there will need to be somewhat of an agreement amongst developers, holders, miners, and firms operating with Ethereum.

The sooner the better

Whatever, the case, core to Ethereum’s bull case is that Ethereum 2.0 will need to launch as soon as possible.

Over the past few weeks, Ethereum has been subject to transaction fee highs not seen since the peak of the 2018 bubble. It has reached a point where there are even Ethereum proponents saying that the blockchain may lose market share if fees remain this high as it crowds out smaller users.

ETH 2, though, would change this by making transactions cheaper and making the blockchain more useful overall. As crypto analyst Qiao Wang commented:

I’ve changed my mind after using a dozen of Defi platforms. So long as ETH 2.0 is not fully rolled out, there’s an obvious opportunity for a highly scalable blockchain to dethrone Ethereum. Paying $10 transaction fee and waiting 15 seconds for settlement is just bad UX

I've changed my mind after using a dozen of Defi platforms. So long as ETH 2.0 is not fully rolled out, there's an obvious opportunity for a highly scalable blockchain to dethrone Ethereum. Paying $10 transaction fee and waiting 15 seconds for settlement is just bad UX. https://t.co/vXAAFET3YK 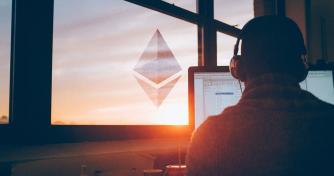 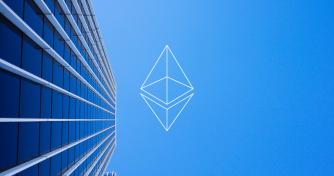 ETH trades 80% below its $1,400 high, but Ethereum metrics are setting records