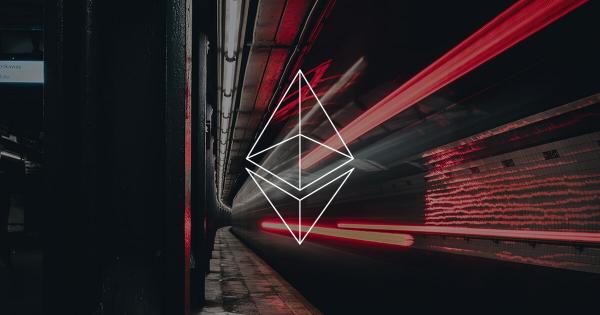 Photo by Lerone Pieters on Unsplash

But the introduction of Ethereum 2.0 — a blockchain upgrade slated to dramatically improve the speed and usability of the network — in the coming months may do more to move markets than the halving that transpired just days ago, according to a crypto researcher.

Ethereum 2.0 to be a “stronger catalyst” than Bitcoin halving

If you’ve read Crypto Twitter over the past few months, you likely know how much faith cryptocurrency investors have put in the halving.

In fact, one prominent analyst proposed that because of the halving of its block rewards, Bitcoin has a high likelihood of reaching $288,000 in the next four years. This model has come under fire as of late by analysts like Alex Krüger, but the consensus among BTC holders is that the halving will lead to an irreparable change to the supply-demand dynamics of the Bitcoin market that boosts prices higher.

According to Messari’s Ryan Watkins, however, the launch of “ETH 2.0 is a much stronger catalyst than the Bitcoin halving simply because it’s an uncertain and fundamental change.”

ETH 2.0 is a much stronger catalyst than the Bitcoin halving simply because it’s an uncertain and fundamental change.

While the effects of the Bitcoin halving are known in advance, the effects ETH 2.0 will have on the “tokenomics” of Ethereum are a bit more variable, as there are a number of factors at play within the upgrade that could restrict supply and could increase demand.

There’s also the chance the upgrade could glitch, and thus threaten the existence of the blockchain, though this likely isn’t a high probability event due to the amount of testing taking place.

What effect will it have?

The researcher didn’t indicate which way the catalyst in Ethereum 2.0 could push the value of ETH or the rest of the market, but many are convinced the upgrade will send prices flying.

Crypto-centric venture investor Adam Cochran explained in a 50-part Twitter thread that the introduction of the upgrade is almost certain to restrict supply while increasing demand, resulting in higher prices. Cochran specifically looked to two factors:

His analysis led him to the conclusion that there’s a good likelihood Ethereum 2.0 will create “the largest economic shift in society.”

Ethereum devs confirm ETH 2.0 will NOT go live in July, despite widespread rumors