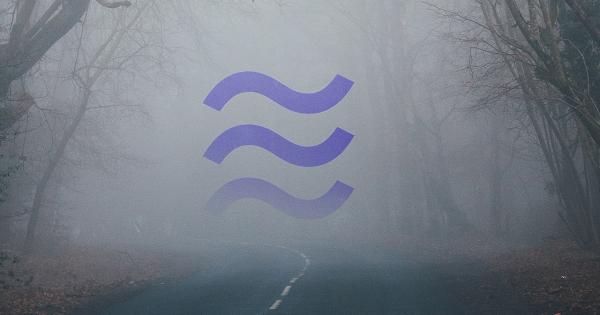 Facebook finally revealed details about its highly-anticipated cryptocurrency, Libra. And while the company said it plans on transitioning to a permissionless network over the next five years, questions have been raised about Facebook’s ability to create a truly decentralized system.

Libra is a centralized-decentralized cryptocurrency

With decentralization as the key purpose of blockchain technology, many have wondered whether Facebook’s newly announced coin could actually be called a cryptocurrency. After the social media giant published the Libra whitepaper, it seemed that many of the burning questions regarding Facebook’s stablecoin were more or less answered.

But, the question of decentralization still remains. According to the whitepaper, the Libra blockchain network will be centralized to a certain extent with the founding members of the Libra Association acting as node operators. Node operators will be responsible for settling transactions and various other types of information.

However, Jerry Brito, the executive director at Coin Center, doesn’t think Libra will be able to become permissionless. He noted that in order to do that, the company would need to overcome serious technical, legal, and governance challenges.

Permissionless to me means (at the very least) that the functioning of the network is not contingent on any single person or group of persons. Seems to me Libra becoming that kind of permissionless has technical, legal, and governance challenges. I’ll focus on legal/governance.

Brito also pointed out that if Libra was to become popular and profitable, there would be very little incentive to transition to a permissionless system. By remaining limited to a fixed number of member-owners, the company would be in total control of the network.

If Libra becomes wildly popular and is very profitable, the incentive may be to remain permissioned and limited to a fixed number of member-owners. Clearly the aspiration is to avoid this, but is there any mechanism in place to counter that incentive/temptation?

Decentralizing control of the reserve

There are a lot of similarities between Facebook’s Libra and Circle and Coinbase’s CENTRE Network, Brito pointed out. But, while CENTRE’s USD Coin is pegged to the USD, Libra is pegged to a basket of global currencies and government securities called the Libra Reserve.

The Libra whitepaper didn’t offer any details on how the Reserve will be managed or whether there will there be any limitations regarding the currencies or instruments it can hold. This overlooked detail is the biggest problem Facebook will face if it were to decentralize Libra.

In the Libra whitepaper, the company said that it will have to explore ways to distribute and decentralize the reserve, but didn’t list any concrete measures it would take. Brito, on the other hand, doesn’t believe Libra will ever be able to decentralize the control of the Reserve.

Perhaps I lack imagination, but I don’t see how one decentralizes control of the Reserve, or (alternatively) how a DAO legally opens, owns, and manages accounts at financial institutions. As long as it’s centralized, the Association will retain outsized power.

He listed several issues Facebook would have to overcome in order to have a truly decentralized Reserve, none of which seem to have a clear solution in sight.

The Reserve raises many interesting questions. It will be managed by the Libra Association, and its composition can be changed by a 2/3 vote. Is there any limit to what can be in the basket? Can it hold *any* currency or instrument? How will it be audited?

As a centralized network cannot, by default, be permissionless, Libra’s plan to pursue decentralization isn’t ambitious—it’s almost impossible, according to Brito.

So again, I’m not sure how Libra gets to permissionless—at least as I understand that term. I sincerely hope they’re able to, though, and am excited to see them try. Next I’m going to look at questions of regulation…

Some of the most prominent figures in the crypto community took to Twitter to share their thoughts on Facebook’s Libra cryptocurrency. 3 min read

Following Facebook’s unveiling of its stable cryptocurrency, not only did top crypto influencers criticize the plan, but some European officials immediately called for deep scrutiny of the project, as reported by Bloomberg. 2 min read

One of the most concerning things to come from Facebook’s cryptocurrency reveal is the number of traditional finance players who are supporting it. 3 min read