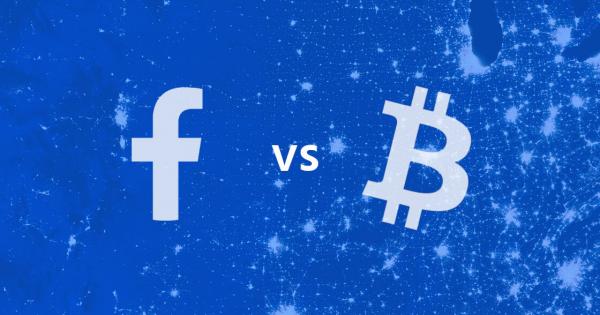 Facebook's new crypto currency "Libra" is bad news for Bitcoin. Facebook will target the very market Bitcoin is counting on for growth, the unbanked in nations with high inflation. Libra will be stable, and much easier and cheaper to use as a medium of exchange than Bitcoin.

The controversy is over Facbook’s coming “Libra” cryptocurrency. Purportedly named as a dig at the Winklevoss twins’ Gemini exchange, the digital asset will be a stablecoin supported by a basket of international currencies.

False. In fact, the exact opposite is true.

Like restaurants on an intersection, the more available, the better for each of them.

Who will “Libra” serve?

With one of the largest networks of people in the world, Facebook’s has a competitive advantage for a company wanting to provide global financial services. The company secured $10 million apiece in funding from major backers like Visa, Mastercard, Paypal, and Uber and is setting up a conglomerate to govern its network. The remittances industry alone totaled $689 billion in 2018, according to the World Bank, and could be a service Facebook aims to provide.

On the other hand, one could argue that “Libra” targets an audience never intended to be served by a decentralized currency like Bitcoin. Bitcoin adoption has traditionally been more widespread among the black and gray markets.

Daily use of Bitcoin remains rare in large parts of the world and merchants interviewed by Mashable who accept Bitcoin report infrequent usage and difficulty adjusting to price volatility.

A war for adoption

Could the Winklevoss twins be squaring up for a battle over merchant adoption of cryptocurrency between Bitcoin and Zuckerburg’s “Libra?” Documented in the 2010 movie “The Social Network,” the infamous lawsuit over who invented Facebook may have sparked a war that is not yet over.

A new partnership between payments startup Flexa and the Winklevoss twins’ Gemini exchange could change that. Flexa leverages the scanners used by major retailers to facilitate cryptocurrency payments to major retailers via its Spedn app.

The service makes it possible for people to pay for purchases with companies like Whole Foods, Nordstrom, and Regal Cinemas using Bitcoin, Bitcoin Cash, Ethereum, and Gemini Dollar. Customers can pay cashiers in crypto using the app without revealing the currency to the cashier and merchants can choose to accept payment in cryptocurrency or fiat.

Laura McCracken, Facebook’s head of financial services and payment partnerships for Northern Europe confirmed that a white paper with more details about the project will be released on June 16.