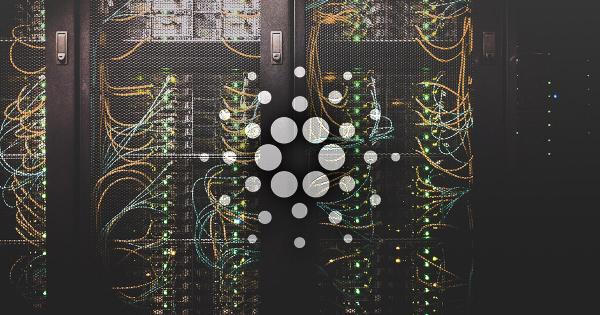 The Cardano team has been working hard on maintaining and improving the Shelley Incentivized Testnet. As part of their newly established community outreach program, the company said it introduced a new version of the Jormungandr Node, v.0.8.7, to reduce technical debt and ensure a more stable network.

Network stability remains the number one priority for Shelley

The immense success the Shelley Incentivized Testnet has seen since its November launch has pushed the company to improve its communication. Last month, Charles Hoskinson, the CEO of IOHK, said that the team working on the incentivized testnet will begin issuing weekly updates about the state of the network to stay in touch with the community.

As part of that effort, the project manager for the Shelley Incentivized testnet issued this week’s report, revealing what the team has been struggling with. In a YouTube video, Dimitris Poulopoulos said that the network stability still remains the number one priority.

According to him, major improvements in the testnet were already seen with last week’s release of version 0.8.6, as many members of the community reacted positively to the update. This week’s release, Poulopoulos said, is aimed to improve things further with a new version of the Jormungandr Node—v0.8.7.

The release contains network improvements that should both reduce technical debt and ensure a more stable network, he added.

“With this release, we are expecting improvements to the overall connections management,” Poulopoulos said in the video.

He explained that oversubscribed nodes will now always have room to open a new connection, while idle connections will be recycled more aggressively. This, he said, should relieve some of the congestion observed in trusted peers.

Apart from that, several other performance issues regarding node overload have been resolved by sanitizing internal locking. Some dependency updates have also been made in the latest release, with some parts rewritten in standard Rust programming language.

The addition of the new p2p.max_connections_threshold configuration parameter will reserve more room for block propagating connections. While this is just a tactical fix, further improvements will be made in the future, he explained. Synchronous locks won’t be getting mixed in with asynchronous network code anymore, which is expected to mitigate the spikes that preceded instances when Stake Pools get stuck.

While a lot has been done to patch up some of the problems the incentivized testnet has seen this past week, Poulopoulos said that more issues will be addressed in the next update. Improving Jormungandr stability will be the main focus throughout the month, he added.

This post was last updated on November 7th, 2019 at 02:21 amThe incentivized testnet of Shelley, the next iteration of the Cardano blockchain, is set to roll out in November.

This post was last updated on November 7th, 2019 at 02:21 amIn a live AMA session led Cardano’s senior product manager David Desser, the company’s team revealed the current status and plans for the launch of the Shelley incentivized testnet.

The Cardano Foundation shared the goals it achieved during 2019, which could pave the way for ADA’s price action this year.