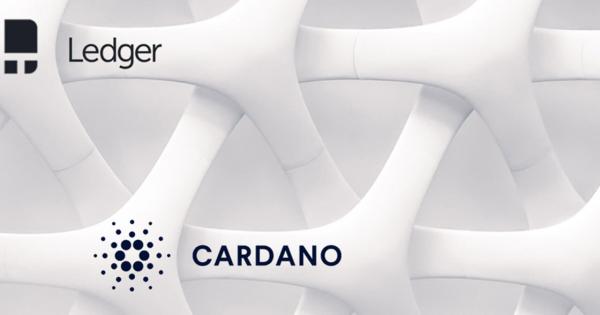 Cardano’s Ada is now supported on popular hardware wallet the Ledger Nano S. Now, Ada investors can store, interact with, and invest in the cryptocurrency using one of the leading hardware wallets on the market.

On Mar. 27th, EMURGO—the commercial arm of Cardano—announced Ada support for the Ledger Nano S.  Users will now be able to store and interact with their Cardano private keys through Ledger’s wallets.

Ledger is one of the leaders in cryptocurrency hardware wallets globally with more than 1.5 million devices in circulation. As of Mar. 27th, the popular Ledger Nano S announced support for Cardano’s cryptocurrency Ada.

A Secure Companion to Ada

A study form Ledger showed there was still $850 million stolen from exchanges in 2018, emphasizing the need for secure hardware devices like Ledger. Storing private keys in cold storage—offline through the use of these hardware devices—is one of the safest options for crypto investors.

Moreover, rather than having an exchange or other third-party control someone’s private keys, using a hardware wallet gives users complete control over their cryptocurrency, with scandals like QuadrigaCX iterating the need for self-custody.

Now, Cardano enthusiasts can store, interact with, and invest in Ada using one of the leading hardware wallets on the market. In a statement from the CEO of Ledger, Eric Larchevêque:

“Our integration with Cardano is something the Ledger community has been looking forward to for a long time. We are constantly working to respond to the needs of our customers, so we’re thrilled to officially welcome Cardano to the Ledger platform, offering ADA investors world class security for their crypto assets.”

According to the announcement, Emurgo developed the “Yoroi wallet” as the first official companion software to support the Cardano Ledger hardware wallet. The initiative was funded by the Cardano Foundation with support from Vacuum Labs and IOHK.

“I am delighted at this integration finally being released to the public. This is an event that many people have been looking forward to for the past year. I am especially thrilled to see so many teams come together and cooperate on what really is ground breaking news in the industry, and foreshadow many more exciting commercial developments for Cardano in 2019.”

Emurgo is the official commercial arm of Cardano that provides value to ADA holders by “building, investing in, and advising” projects that adopt the Cardano blockchain. The integration represents another step towards the greater use and availability of both the Cardano blockchain and its underlying Ada cryptocurrency.