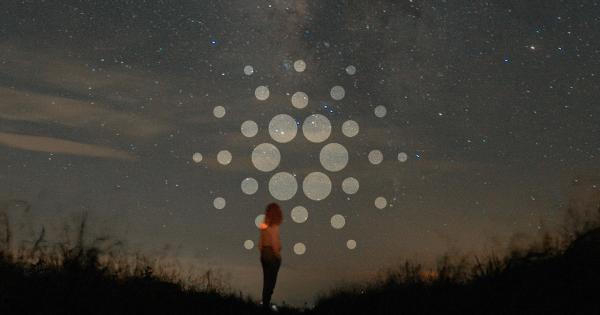 In a live AMA session led Cardano’s senior product manager David Desser, the company’s team revealed the current status and plans for the launch of the Shelley incentivized testnet.

Shelley’s incentivized testnet off to a great start

Ambitious research-oriented blockchain Cardano celebrated its second birthday this month, the two years of extensive research culminating in the launch of a testnet for the new era of its development–Shelley.

Several members of Cardano’s team held an AMA session on Oct. 10 to discuss the current state of the testnet and reveal more details about what it will bring to users. The session was led by David Esser, Cardano’s senior product manager, who was joined by the company’s DevOps engineer Sam Leathers, Jörmungander engineer Nicolas Di Prima, education team leader Alejandro Garcia, and Jörmungander testnet product manager Dynal Patel.

According to Esser, Cardano has had a pretty successful few weeks. The network implementation of Jörmungander, the node that implements the protocol that runs Cardano, reportedly received great feedback from the community, which Esser said was instrumental in Cardano’s development.

Cardano is set to launch the incentivized testnet for Shelley, whose testnet went live in the second half of June. Unlike a traditional testnet, which is a closed-off sandbox environment, an incentivized testnet uses real incentives in the form of staking and delegation rewards to drive participation. Esser explained that in Shelley’s incentivized testnet, the company will be able to see how game theory and rewards are received by real people on the network.

During the AMA, many users wanted to know what benefits would the testnet bring to them, a question both Esser and his team members answered extensively. At a certain point, Esser explained, a snapshot of the entire Cardano blockchain will be taken in order to determine the number of users and the amount of ADA on it.

Users who keep their ADA on hardware wallets can transfer their funds to either Daedalus or Yoroi wallets before the snapshot and then return them to cold storage after the snapshot is completed. This will enable all users who want to participate in the testnet to have all of the ADA they have in real life mirrored in the testnet.

This, Esser said, is the best way to motivate users to participate in the network.

Testnet creates an inclusive but competitive environment for staking

But, the network won’t be left solely to the users. IOHK, the company behind Cardano, the Cardano Foundation, and its venture arm Emurgo will all be running their own staking pools in Shelley’s testnet. While Esser said there was no specific plan set in place on how these large entities will delegate their ADA, their intent isn’t to compete with other stake pools on the network.

Rumors about Binance adding ADA to its staking platform have been circulating in the Cardano community for a while. Esser said that he couldn’t “speak for Binance,” but revealed that Cardano was working with other exchanges to offer staking as a service. However, he didn’t reveal any more details about this, saying the company was still figuring out exactly when this could roll out both on the testnet and the mainnet.

Cardano’s team explained that the size of the stake pool doesn’t matter in Shelley’s incentive model, as the incentives themselves are designed to achieve more decentralization. Namely, the testnet has a parameter in place that optimizes the rewards so that they don’t increase for large stake pools. This, Esser said, creates motivation for smaller, unsaturated stake pools to participate in the network. While the testnet can support around 1000 stake pools, the team said that a more realistic number is between 200 and 300.

The staking incentives the pool will get will not depend on the amount of ADA it has and the percentage return will be the same for everybody. While no exact percentage has been set yet, Esser said that it will most likely be close to 12 percent. This will allow Cardano to compete with other blockchains that offer staking. However, there will be no place for confusion as Cardano plans on introducing a projected performance calculator. What this means is that all users will be able to choose stake pools based on how well they’re expected to perform.

Users will also be able to delegate their ADA to more than one staking pool. Di Prima explained that this could be beneficial to people who hold large amounts of ADA, as they would be able to spread their funds and maximize their potential for profit. However, rewards will most likely diminish over time, Esser told a user but added that Cardano currently had no plans on how to do it.

When the Shelley testnet finishes, users will also be able to stake from their cold wallets, Esser said. However, it won’t be possible during the testnet, he added.

The team also confirmed that the phase 3 of the incentivized testnet will roll out next month, as IOHK founder Charles Hoskinson promised, and that a special version of crypto wallet Daedalus will be released for the testnet.

Despite the progress made by Cardano’s team, the community is still unsure whether the project will be able to meet the deadlines set in the roadmap. When asked whether it would be possible to complete Shelley’s two remaining phases within 2020, Esser seemed confident that no deadlines will be missed.

He told viewers that the development of Goguen, the era of Cardano development that follows Shelley, has been happening parallel to Shelley for the last couple of years. As the development has been going “really well,” the implementation of Goguen to Shelley would require little more than adding “100 lines of code.”

Such an easy process was enabled by, among other things, the efforts of the Cardano team. Some users questioned the efficiency of having two separate teams working on Rust and Haskell programming languages, saying they were the “same” thing. However, team members adamantly defended this method, saying the complementary nature of the two languages provided learning opportunities.

And it seems that Cardano is taking those learning opportunities quite seriously.

Cardano’s education team leader Alejandro Garcia said that they were currently developing a repository for support questions on Zendesk. This, Garcia explained, will reduce the burden of the support team and allow users to see how similar issues were resolved. There are currently around 20 articles on how issues with the Cardano mainnet and testnet were resolved available on Zendesk. Garcia’s team is also working on a detailed guide about bug fixes on the Cardano testnet for Windows 10.

What all of them seemed to agree on is that many of those bugs fixes couldn’t have happened without the support of the Cardano community. Esser said that the amount of feedback Cardano has received from its community has been “impressive,” while Di Prima recounted how the community was responsible for finding and fixing issues that the team wouldn’t have been able to solve.

When it comes to the future of Cardano, Esser kept in line with the company’s slow and steady methodology. “Substantial” marketing efforts will only begin after Shelley is released in Q1 2020, as the company has been reluctant to promote a product that still needs a lot of work.

IOHK founder Charles Hoskinson discussed recent developments around Cardano during an event held in celebration of the project’s secondary anniversary.

Cardano will be making waves this September, with Charles Hoskinson confirming that the proof-of-stake Shelley testnet will launch ahead of schedule.