As Cardano transitions from Ouroboros Classic to its Ouroboros Genesis consensus algorithm, staking functionality will be enabled for general users, and with it, opportunities to earn interest on Ada holdings. 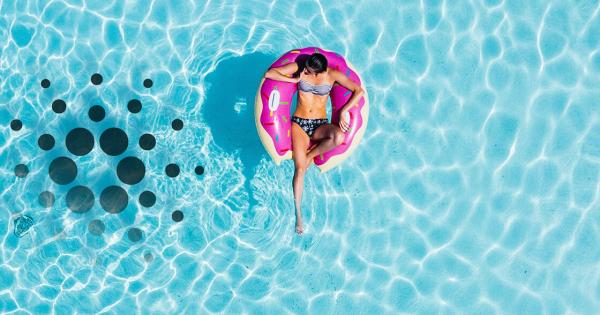 As Cardano transitions from Ouroboros Classic to its Ouroboros Genesis consensus algorithm, staking functionality will be enabled for general users, and with it, opportunities to earn interest on Ada holdings. Cardano recently revealed more details about how its staking pools will work. Read on to prepare for staking on Cardano before its implementation in the protocol’s Shelley update.

Staking is used to determine who validates the next block on the chain. The higher a user’s stake in a network the more likely they are to “forge” the next block. Stakers are rewarded for their effort and honest participation in the network. According to the IOHK blog:

Stake pools allow pool users to combine their staking powers and stake as a larger entity. They are comprised of a group of people on a network who are dedicated to being online at all times to maximize the chances of a pool member becoming a slot leader.

The block rewards assigned to successful slot leaders are shared among members of a stake pool. The owner of the stake pool also gets a bonus as a reward for effectively operating the pool and supporting the network. This allows stakers to minimize variance in receiving their rewards—so instead of randomly getting chosen every 10 days, for example, they can receive a steady stream of rewards instead.

There is no minimum amount of ADA that users can stake, but if they wish to become stake pool owners they must have enough funds to pay for transaction charges. Another thing to account for is that staking is often not possible if the coins are in the exchange wallet, however, such functionality might be deployed in the future.

Buying ADA increases user stakes, but even when staking power is delegated to a staking pool, users remain in possession of their ADA in their wallets.

Stake pools are designed to remain competitive and decentralized, so once a particular pool becomes large and takes up a significant percentage of a network, the returns decrease (through programmatically implemented laws of diminishing returns).

This forces pool members to either find a new pool to invest with or create their own staking pools. This method ensures that pool members move around giving space for new investors. It also ensures the system stays decentralized as no particular stake pool can gain a monopoly over the system. To help investors, Cardano has a built-in pool-sorting mechanism designed to aid investors in finding suitable staking pools.

Rewards are also lower in the event that a staking pool is not properly managed. Although the process aims to be democratic, the returns are not. The good thing though is that users can always re-delegate their stakes to another pool at any time—thus aligning the incentivizes for delegators, staking pools, and ultimately the network.

How to Get Started

Even users with no programming experience and limited technical knowledge will be able to stake. By delegating to a pool through the Daedalus or Yoroi wallets, a Cardano holder will be able to earn block rewards in Ada.

Unfortunately, there is no specific release date for the update to staking pools on mainnet. Cardano stated on its website:

“The testnet is under development and will be ready soon. The timing for the mainnet will depend on the amount of effort, adjustment, and enhancement needed to get the testnet capability and code to mainnet readiness.”

That said, leaders within the project have specified that staking will go live sometime in 2019. It can’t hurt to be prepared.