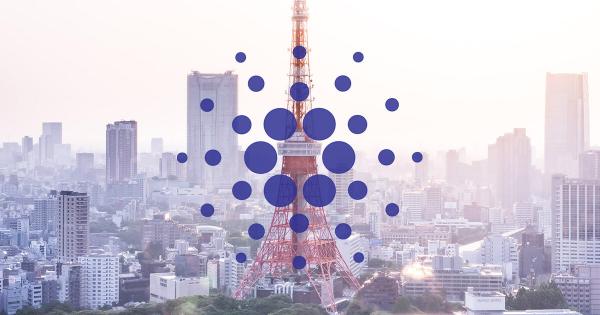 Cardano (ADA) just became one of the rare tokens that succeeded to receive approval to be listed on crypto exchanges in Japan.

According to Sebastien Guillemot, CTO of dcSpark, a blockchain company that builds software products on Cardano, Japan has draconian rules for listings on crypto exchanges and the importance of acquiring regulatory approval cannot be overstated.

“Japan has extremely strict rules for crypto exchange listings. Only a small number of tokens can be listed in Japan, and ADA is now on that list,” said dcSpark CTO, whose crypto startup is currently working on a decentralized application browser for Cardano dubbed “Flint” and “Milkomeda,” which will simplify the use of smart contracts.

Only a small number of tokens can be listed in Japan, and ADA is now on that list! ?? https://t.co/n2oxPHKa36

“Although you weren’t tracking this one, I would say this is comparable to Coinbase listing news for the JP community,” Guillemot added, pointing to the significance of the news.

@ListADA420 although you weren't tracking this one, I would say this is comparable to Coinbase listing news for the JP commmunity

Guillemot compared the approval in Japan to ADA’s listing on Coinbase back in March, since it, besides bolstering Cardano’s legitimacy, also opens up an entirely new market for ADA, the fifth-largest cryptocurrency by market cap.

As the network successfully progresses through a major upgrade

With the completion of its pivotal update phase, called Alonzo, which is focused on introducing the smart contract functionality, ADA will enter a whole new playfield.

The news of the listing on Japanese exchanges has so far not resulted in a substantial increase in the price of ADA that continues to move around $1.36, recording just a slight 1% uptick in the last 24 hours.