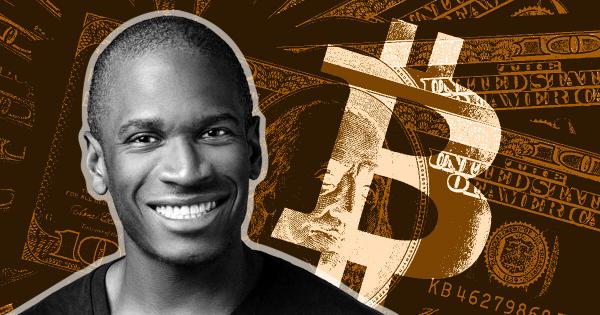 Former BitMex CEO Arthur Hayes in a long op-ed published on his Medium page titled “Energy Cancelled,” explained how the war in Ukraine and resulting sanctions could be the end of the Eurodollar / Petrodollar monetary system.

Russia sanctions could spell the end of dollar domination

According to Hayes, the sanction of the world’s largest energy producer, in the long run, will affect the issuers of these sanctions, the U.S. and European Union.

For Russia and other countries observing the state of things, this is enough for them to lose trust in the global digital monetary network thereby giving rise to a monetary order dominated by gold and Bitcoin.

In his view, this situation is a perfect catalyst for sovereign nations and individuals to shift focus too hard assets rather than depend on the global financial system.

Notably, some analysts have previously predicted that the spate of sanctions being imposed on Russia would have a lasting effect on the global economy.

The BitMex co-founder went on to predict that we could see the value of gold rise to as high as $10k per ounce while the value of Bitcoin could be pushing $1 million.

Hayes also rehashed the general opinion among Bitcoin advocates who consider the crypto asset to be the digital form of gold saying that it was easier to transfer assets in BTC rather than in gold.

The increasing talks about the “end of dollarthe ”

Arthur Hayes is not the first analyst to posit that the sanctions on Russia could lead to a new world economic order.

A recent CryptoSlate report stated that the sanctions being imposed on Russia could push China to promote its digital yuan as an alternative currency for cross-border settlements.

Robert Kiyosaki, the popular author of the Rich Dad Poor Dad book, in a recent spate of tweets also discussed the probable end of the U.S. dollar hegemony. According to him, Saudi Arabia’s decision to sell China oil and trade in the ,Chinese yuan is evidence of the waning power of the country.

END of US $? Saudi Arabia just agreed to sell China oil and trade in Chinese Yuan, not US $. US hegemony ending. US less of a world power. Thank you Brandon. Just what happens next is in question. I will do my best to keep you posted before things happen. Take care. Not good.

Another popular investor, Jim Rogers, explained that an international currency like the dollar should be neutral but with the US now weaponizing the currency, some countries have begun looking for a competing currency “because Washington does not play fair anymore.”