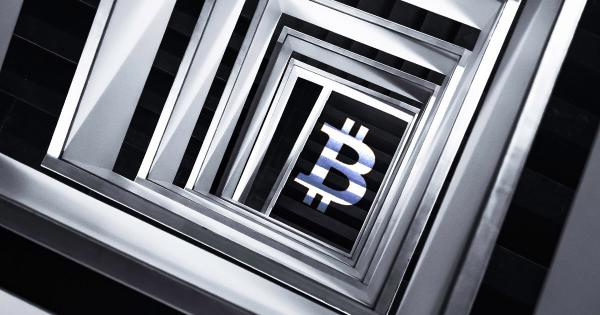 Bitcoin is back below $7,000 after plummeting 5.72 percent in the last 21 hours. As the market shivers in “extreme fear” based on the Crypto Fear and Greed Index (CFGI), IntoTheBlock estimates that the feeling around the flagship cryptocurrency is “mostly bearish.”

The current state of the market

On Dec. 16, Bitcoin went from trading at a high of $7,144 to a low of $6,900 in a matter of 20 minutes. The pioneer cryptocurrency closed the day at $6,924, representing the lowest daily candlestick close that it has seen since May.

The recent downturn is part of a month-long consolidation period where BTC’s price action is contained. Since Nov. 22, Bitcoin is mostly trading between $6,920 and $7,800.

The low levels of volatility made the Bollinger bands squeeze on BTC’s 1-day chart. This is indicative of a period of high volatility in the near future. This technical index estimates that breaking below the lower band could trigger a sell-off taking Bitcoin into lower lows. Conversely, breaking above the upper band could allow it to surge.

Despite the ambiguous outlook, the number of Bitcoin long contracts on Bitfinex exploded to hit a new all-time high exceeding the levels seen in the 2017 bull market.

Traders currently hold more than 44,500 long positions, worth over $300 million, on this platform. The ratio is overwhelmingly skewed in favor of the bulls, who own 84.62 percent of all positions. Meanwhile, short-sellers hold 56.06 percent of the total Bitcoin positions on BitMEX and 72.18 percent on Binance.

The massive number of over-leveraged long positions on Bitfinex has investors concerned about the probability of a long squeeze. A drastic drop could take everaged long holders to exit their positions at market prices to prevent more significant losses. Such a bearish scenario appears to be haunting investors.

Extreme levels of fear among investors

Over the last month, the market sentiment around Bitcoin shows “extreme” levels of “fear,” according to the Crypto Fear and Greed Index (CFGI). Even some of the most prominent analysts in the industry warned investors about the high probability of a move below $6,500.

The 45-years trading veteran Peter Brandt, for instance, maintains that Bitcoin could drop to at least $5,324, triggering a “massive capitulation by crypto bulls.” Along the same lines, Tone Vays, a former VP at JP Morgan Chase, is “pretty damn confident” that BTC is going to go below $6,500 based on the TD sequential indicator.

As investors worry about a further downturn, the CFGI is fluctuating between a value of 38 and 19, depicting “extreme fear” in the market.

This technical indicator analyzes the emotions and sentiments from different sources. These include volatility, volume, social media, surveys, and market dominance, and combines them into a straightforward number. A value of 0 means “extreme fear,” while a value of 100 represents “extreme greed.”

Although historical data demonstrates that every time the CFGI goes into “extreme fear,” a buying opportunity is presented, IntoTheBlock’s market signals indicate that the feeling around Bitcoin is mostly bearish.

In a recent tweet, IntoTheBlock stated that BTC is sitting on a bearish posture, based on its machine learning and statistical models.

The “In/Out Money” model, for instance, considers the distribution of Bitcoin throughout individual wallets based on the current price. Based on this representation, there are 727,000 addresses with balances between $6,725 and $7,050 containing 512,550 BTC. The small number of Bitcoins held in this area implies its support is relatively weak.

The declining number of Large Transactions with a value of $100,000 or higher is also signaling a lack of “confidence and trading activity.” In the last 24 hours, the number of large transactions dropped 54 percent to hit 4,730. And, the total volume transacted plunged from $3.3 billion to $2.68 billion.

Additionally, the volume of Tether transacted increased substantially to hit 821 million. This is common during significant retracements in the market as investors look to protect their capital from declining prices.

As Bitcoin aims for lower lows, Alistair Milne, a prominent crypto investor, believes that the downtrend may prove to be an ideal opportunity for sideliners to jump into the market. The upcoming halving could be the catalyst for the next significant upswing that takes BTC into new all-time highs.

“Things I expect to happen over the next 4-5 months due to the impending Bitcoin halving: –  BTC shorts close out – People re-accumulate BTC if they had sold – Miners start to hoard (e.g. borrow USD against assets) –  Under performing altcoins sold for BTC – Bulls lever up.”

Nonetheless, Willy Woo, a popular figure within the cryptocurrency industry, maintains that the bearishness seen in Bitcoin going into the halving could instead indicate that investors will be gravely disappointed.

It remains to be seen how the pioneer cryptocurrency will react as the next block rewards reduction approaches. Thus far, it does seem like it will end 2019 on a bearish posture.

Low volatility in BTC, ETH, and XRP could signal the next move