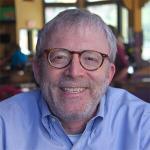 Peter L. Brandt entered the commodity trading business in 1976 with ContiCommodity Services, a division of Continental Grain Company. From his start in the commodity industry, Peter’s goal was to trade proprietary funds. But, he first needed to learn the business.

In 2011, John Wiley and Sons published Peter’s 2nd book, Diary of a Professional Commodity Trader. The book became Amazon’s #1 ranked book on trading for 27 weeks. His first book, Trading Commodity Futures with Classical Chart Patterns, was published in 1990, is considered a classic by many traders.

In 2011, Peter was named among the 30 most influential persons in the world of finance by Barry Ritholtz’ web site, The Big Picture.