Over the past week, Bitcoin has found itself flatlining, establishing a tight range in the low-$7,000s as volume tapers off. 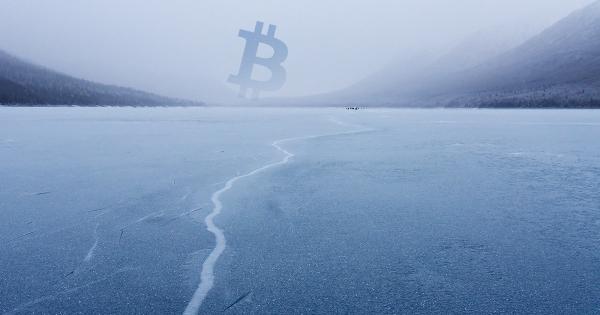 Over the past week, Bitcoin has found itself flatlining, establishing a tight range in the low-$7,000s as volume tapers off. This consolidation has forced the Bollinger Bands, a technical analysis tool often used by traders looking for more information about trading ranges and volatility, for Bitcoin to reach “squeeze” levels, implying that volatility is on the horizon.

Most crypto currencies are at or near Bollinger Band Squeeze levels. Time to pay attention.

While this consolidation is arguably neutral, neither bullish nor bearish, a growing number of analysts are starting to suspect that the impending bout of volatility will take the form of a breakdown under $7,000, with this suspicion being corroborated by the fact that BTC has yet to break above the key resistance in the $7,800 to $8,000 region. 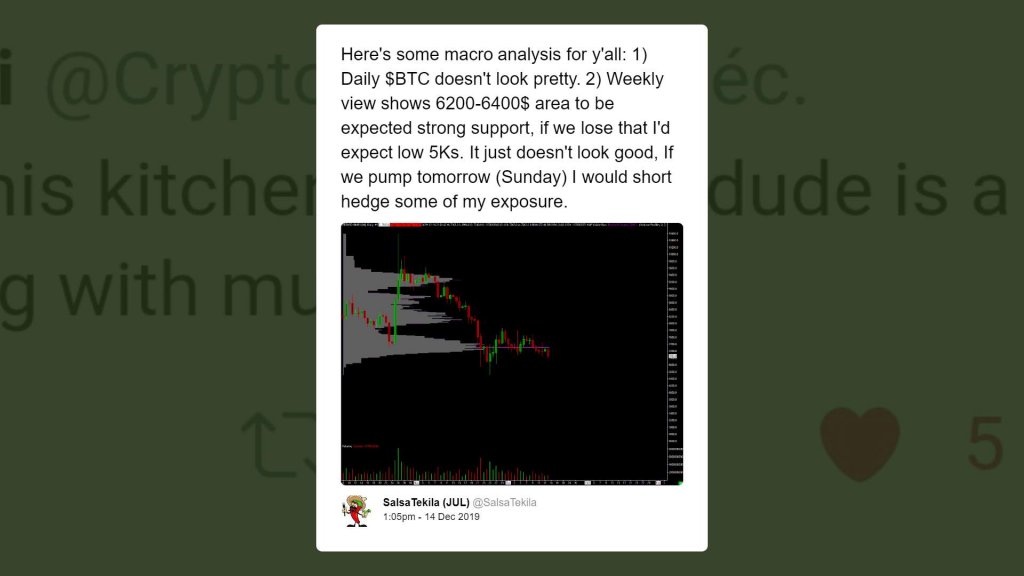 Another analyst has echoed this, recently posting the chart below via Twitter to illustrate that bulls are in no position to gain an advantage over bears. On-balance Volume, an indicator meant to relate price to volumes, has formed a bearish pennant on the six-hour BTC chart, implying bearish price action is forming, while the Accumulation/Distribution indicator largely implies that distribution is taking place.

Salsa currently expects the Bitcoin price to retrace to the $6,200 to $6,400 area, which he claims could provide strong support for the cryptocurrency market. Though, if that support is lost, he is fully expecting a move to the low-$5,000s.

Do bulls have any hope?

While the technicals seem to be leaning in the favor of bears, it isn’t all doom and gloom for bulls.

On-chain analytics expert Ergo, recently featured by a number of key crypto investors, released an extensive Twitter thread Friday, revealing that PlusToken—an Asia-centric Ponzi-like scam that managed to garner over $2 billion worth of Bitcoin and Ethereum in a year—has stopped liquidating its Bitcoin stash after months of selling.

Here are the rough daily distribution numbers back through the beginning of November.

Not much coin movement since my thread or that little price hiccup a few days later.

With a handful of 0’s. pic.twitter.com/MWntDIpqK6

Per his analysis, outflows from PlusToken-related wallets to exchanges have fallen well under 300 BTC per day, which is an over 70% drop from the ~1,100 coins Ergo believed was being sold every day over the months prior.

With there now being hundreds of coins fewer sold on the open market—which amounts to millions of dollars less worth of sell-side liquidity—Bitcoin may begin to see some of the downward pressure abated, boding well for those long on the cryptocurrency.

As reported by CryptoSlate previously, PlusToken is believed to have largely contributed to the decline of Bitcoin from $14,000 to $7,000, with some going as far as to say that the sale of coins by the scam broke the bullish cryptocurrency market cycles long-time traders are used to.