The chief executive of Binance, one of the world’s top crypto exchanges, has vociferously denied reports that the firm’s Shanghai office has been raided by Chinese authorities. 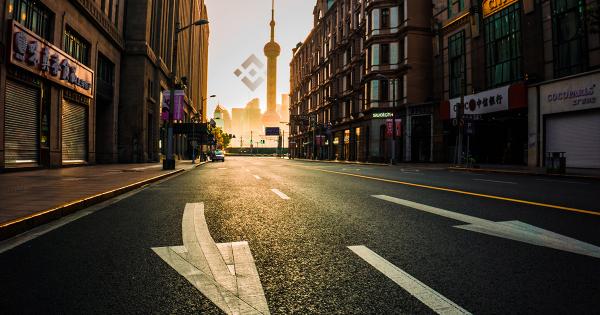 CZ first responded on Twitter to an article published Thursday by The Block that alleged, citing unnamed sources, that the exchange’s Shanghai office had been shuttered following a police raid and that 50-100 employees had been left without a work location.

The allegation and CZ’s denial was subsequently circulated by a number of publications including Bloomberg, who cited an email statement from a Binance representative iterating the firm has no Shanghai office, and that no raid had occurred.

The statement did little to move The Block, however, and the U.S.-based publication defended the accuracy of its sources while calling into question the credibility of Binance’s official statement on the matter.

What office? What police?

In a bizarre twist, the debate has become centered on whether or not Binance has or has ever had an office in Shanghai—spiraling away from the original, more damning allegation that police had closed the exchange’s outpost in the Chinese financial capital. The truth of this latter claim appears to be evaporating.

Larry Cermak, the lead researcher for The Block, admitted the publication could not say with certainty that a police raid had been conducted. The original article has not been rescinded or edited to reflect this comment at the time of press, however.

Ignoring Binance’s official line on the matter, evidence of the office’s existence is convoluted, to say the least. This question mark could reflect both the company’s new-age indifference to running brick-and-mortar locations along with its ambiguous legal footing in China—a nation that implicitly ejected the firm in 2017 with its blanket ban on crypto exchange activities.

Arrington XRP Capital founder Michael Arrington also observed the absurdity about the crypto community arguing whether Binance had an office in the first place.

The Block and @cz_binance are now having a public dispute over whether Binance even had a Shanghai office. Realizing there is NOTHING crypto people won’t fight about. The stupidity of it all is staggering.

Some evidence does substantiate the existence of the office, and yet the chronology appears to be at odds with The Block’s turn of events (the allegation is that Binance’s Shanghai office “abruptly closed its doors in recent weeks,”).

Sino Global Capital CEO Matthew Graham unearthed company filing records for a Binance entity in Shanghai, although in subsequent tweets pointed out the entity was dissolved in July 2018.

Updated information: it appears to have been dissolved on 07/31/2018. Lots of interesting information in the filing though. pic.twitter.com/Alv3pE0jj9

CZ seems to have abstained from clarifying the nature of Binance’s activities in Shanghai, however, and has dismissed the allegations as “pure FUD.”

CryptoSlate will update this article as new information becomes available.