SingularityNET, an artificial intelligence (AI) solution built on Ethereum, has begun the second phase of its migration to Cardano. 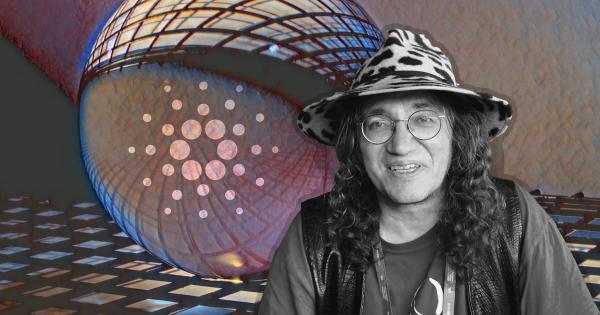 SingularityNET, an artificial intelligence (AI) solution built on Ethereum, has begun the second phase of its migration to Cardano. The company’s AGI cryptocurrency will be the first major token release on the Cardano Native Assets platform and the largest democratic exercise in the history of decentralized AI.

A major decentralized AI network is coming to Cardano

SingularityNET, a decentralized artificial intelligence (AI) solution created by Dr. Ben Goertzel, has entered into the second phase of its migration to Cardano. The network’s departure from Ethereum was announced back in early October 2020, citing the academic rigor and formal methods behind Cardano as the main reason for migrating to the platform.

At the time, the company said that the core technology developed by IOHK was “closely in line” with the deep scientific background of the SingularityNET’s team.

Dr. Ben Goertzel, the founder and CEO of SingularityNET, said that the decision on whether or not to migrate to Cardano was left to the community. The voting process took place earlier this month and lasted for four days. With 187 million votes in favor of the proposal to migrate and only 20 million votes against it, SingularityNET will now officially be a Cardano-based platform.

In a recent YouTube video, Dr. Goertzel said that the total issuance will take 91 years to complete. He explained that the slow issuance process will enable the company to allocate more resources to develop the platform.

The old AGI ERC-20 token will remain on Ethereum, with users being able to swap back and forth between AGI ERC-20 and AGI-ADA.

After SingularityNET migrates to Cardano, the next step in the platform’s development will be to strengthen its governance model through the tools provided on the Cardano blockchain.

IOHK, the company behind Cardano, said that having AGI on the blockchain will be the first major token release on the Cardano Native Assets platform. It will also be the “largest democratic exercise in the history of decentralized AI,” the company added.