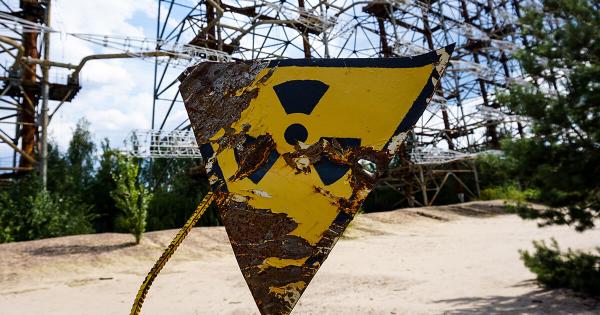 The majority of alternative cryptocurrencies, or altcoins, have fallen by more than 90 percent from their record highs, leading Bitcoin to reclaim its dominance over the crypto market.

Willy Woo, a partner at Adaptive Capital, said that price charts of altcoins are like “radioactive decay,” most demonstrating a steep decline in value over an extended period of time.

“The vast majority of alt-coins are Degens. Their price chart has a measurable half-life, like radioactive decay. Plotted on a log chart, it’s a straight line down.”

Since January 2018, the dominance index of bitcoin, which measures the share of bitcoin over the global crypto market, has doubled from 33.47 to 67 percent.

According to data from athcoinindex, Bitcoin is down by 53 percent from its all-time high while most altcoins, including major crypto assets such as Ethereum, XRP, and Bitcoin Cash have dropped by 80 to 95 percent against the U.S. dollar.

Altcoins outside of the top ten in the likes of Cardano (ADA), Stellar, TRON, and NEO have performed particularly poorly against the U.S. dollar, declining by well over 90 percent.

Similar to the equities market, during times of stagnancy and a lack of interest from the general public, investors in the crypto market tend to flock to bitcoin as a less risky option over altcoins.

Consequently, Tether, a stablecoin whose value is equivalent to that of the U.S. dollar, has become the fifth most valuable crypto asset in the global market, overtaking Litecoin.

While the Bitcoin price is up by 100 percent year-to-date, it is still substantially down from its record high with its volume declining noticeably since its yearly high in June.

As reported by CryptoSlate, November has tended to be the best performing month for bitcoin but for two consecutive years, BTC is at risk of recording a net negative in November.

Ceteris Paribus, a cryptocurrency research team, said that in the 3rd quarter of 2019, Square users bought 133 BTC per day on average, 8.6 percent of daily issuance.

Based on the data from the team, around 1,800 BTC is mined every day by mining facilities globally, and the strong sales by Square indicate that investors are accumulating the dominant cryptocurrency.

As accumulation increases and the hash rate of Bitcoin continues to increase ahead of the block reward halving, the dominance of BTC is expected to rise even further, possibly into levels unseen since 2017, in the 70 percent area.

Whether altcoins will be able to utilize its recent momentum to sustain recovery throughout the year’s end remains uncertain.

Bitcoin is facing strong resistance at $9,400, with its $9,200 support level anticipated to be broken with rising sell pressure and sell limit orders on major fiat-to-crypto exchanges like Coinbase.

November has historically been Bitcoin’s best performing month; will this one be different?

According to James Todaro, Managing Partner at Blocktown Capital, November has been one of the best performing months for Bitcoin.

The cryptocurrency markets peaked in 2018 at a total capitalization of $835 billion.