The cryptocurrency markets peaked in 2018 at a total capitalization of $835 billion. If an investor purchased $1,000 in crypto at the market’s top how much would their investment be worth at today’s prices?

During 2017, the crypto markets came to a head as the confluence between rising prices, media attention, feverish initial coin offerings, and 100x altcoin breakouts lead the market to crescendo to highs yet to be matched again.

During that time, investors could have easily quintupled their money in the months leading up to the market peak. Thousands of retail investors were swept-up in the mania. Investors mortgaged their homes, maxed out their credit cards, and sold their belongings thinking the parabolic growth would continue.

These investors were incinerated as the markets plummeted. It would be over a year before the markets stopped hemorrhaging.

Now as the cryptocurrency markets rally, how would an investor have fared if they made a $1,000 investment at the peak of the market?

A look at the numbers

Below is the list of cryptocurrencies ranked by market capitalization at the market peak on Jan. 7, 2019. At the time, common advice was to use market capitalization as a proxy for the perceived ‘safeness’ of each investment. Bitcoin, XRP, and Ethereum were even considered the ‘blue chips’ of crypto, signifying their soundness. Yet, a year later, the returns tell a different story.

The performance of these assets since January 2018 could be attributed to a variety of different technical and fundamental factors.

3/4) IOTA and XRP: Pundits described IOTA and XRP as two of the most “hyped” projects of the 2017 bull market.

Both projects were appealing because of their technological answers to solving the blockchain scalability problem. In December 2017 CryptoKitties clogged the Ethereum network, while Bitcoin average transaction fees hit a high of $55 that same month.

Both projects also tackled attractive niches: internet-of-things and banking. As the markets corrected, investors may have realized that these solutions were still far from widespread market traction.

2) Cardano: Ada was also a bottom performing digital asset. Some of the losses could be attributed to conflicts between the Cardano Foundation, IOHK, and Emurgo that resulted in lackluster community management until late 2018.

Alongside IOHK and Emurgo, the Cardano Foundation is one of the primary governing bodies for Cardano. One of the Foundation’s primary responsibilities is marketing and driving brand awareness to the project.

And, up until 2019, it largely failed according to the community. The Foundation was embroiled in controversy as it failed to meet most of its self-described targets. These failures resulted in community outrage. Petitions called for the removal of Foundation chairman Michael Parsons and gained thousands of signatures, and Parsons soon after resigned. In May 2019 Cardano continued to make strides in improving its community presence.

Other reasons for poor performance may relate to Cardano’s philosophy of slow, but methodical, platform development. Cardano did not deploy its mainnet until October of 2018. IOHK has continued to maintain its strategy of slow, albeit consistent development.

1) NEM: A $1,000 investment in NEM would be worth a mere $43 today. NEM’s niche was largely as a white-label token issuance platform that allowed anyone to launch their own cryptocurrency with “no programming needed.” The platform was arguably outdone by Ethereum as the majority of ICOs and new token launches happened on the ETH blockchain.

The NEM Foundation, the community’s nonprofit meant to promote the blockchain, was also “mismanaged,” further exacerbating the platform’s decline.

“Basically we realized we had a month to operate, due to the mismanagement of the previous governance council,” said Alex Tinsman, who took over as president of the Foundation in January of 2019.

3) Ethereum: The incumbent smart contract platform has been relatively salient to losses compared to other top 10 market capitalization investments. From a technical perspective, this may have to do with its strong correlation to Bitcoin price movements.

According to Longhash and BitInfoCharts, Ethereum is one of the most strongly correlated assets to Bitcoin. Nevertheless, upwards moves for BTC tend to have less of an impact (but still larger than other cryptos) on ETH, and smaller retracements tend to result in gains relative to BTC. However, large downward moves for Bitcoin tend to have an even larger impact on Ethereum.

From a fundamental level, Ethereum’s appreciation could stem from the continued development of the ecosystem and sustained developer growth. Ethereum still leads in terms of the number of active developers working on the platform and the platform has continued to make steady progress towards proof-of-stake ETH 2.0.

2) Litecoin: The silver to Bitcoin’s gold has seen an astronomical rally over the last quarter largely attributed to the upcoming LTC halving on Aug. 5. The strong movement may reflect a change in investor’s perception of Litecoin’s scarcity as the mining emission rate for the coin drops.

That said, if history repeats itself LTC could see a major correction. As the halving becomes “priced in” it is possible for the market to overreact to the news and push LTC into overbought territory. If so, Litecoin could experience a drop similar to the 73 percent correction leading up to the first halving in July 2015.

1) Bitcoin: The predominant cryptocurrency has by far lead in terms of performance. Part of the reason may stem from Bitcoin’s typical role in market cycles. Although, enthusiasts claim that Bitcoin’s features and salience are the reason for its recent performance.

Based on previous bull markets, altcoins do not peak until Bitcoin finishes its rally. During the 2017 bull market, the altcoins that more closely correlated with BTC—Litecoin and Bitcoin Cash—peaked in December, shortly after Bitcoin. Ethereum and XRP followed in January.

Since the market trend only reversed from bearish to bullish in May, some pundits bullish on “altseason” have suggested that altcoins will continue to underperform until BTC peaks.

Several top crypto-influencers have asserted a meaningful counterpoint. The markets may have “learned its lesson” on altcoins since the last boom and bust, claiming altcoins may never see another parabolic market.

If you enjoyed this, tweet @mitchellmoos for topics you want covered. 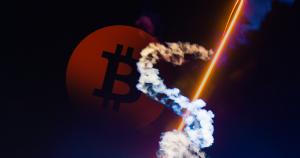 Like what you see? Get more crypto market analysis news in your inbox