The notion of a DEX (or decentralized exchange) has been floating around since the first “altcoin’s” appearance. 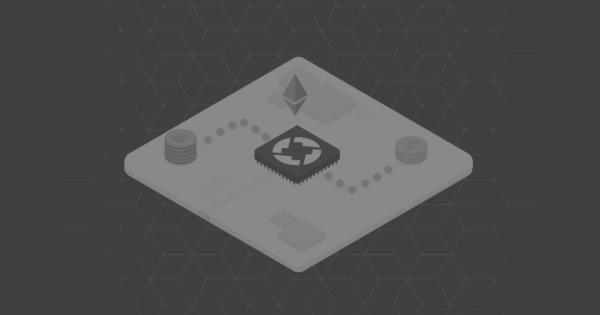 The notion of a DEX (or decentralized exchange) has been floating around since the first “altcoin’s” appearance. It seems antithetical to the very foundation of cryptocurrency that such reliance is placed in centralized trading platforms such as Poloniex or Bitfinex – blockchain technology was theorized as a method of transfer that does away with the traditional notion of trust and middlemen.

Jumping between blockchains, as it stands, requires faith in an increasingly obsolete system that can be compromised in a number of ways, both from the inside and the outside (the Mt. Gox heist will undoubtedly remain immortalized in Bitcoin history). It would be optimistic to say that breaches are few and far between, but that simply isn’t the case.

While a handful of coins are focused on Lightning Network improvements (which will eventually permit atomic swaps between SegWit-enabled blockchains), Ethereum’s unique infrastructure excludes it from this category.

The concept of exchanging Ethereum-based ERC20 tokens (many of the tokens we see today fall under this umbrella) without third-party involvement is being explored by several teams, and has already been proven possible with EtherDelta.

However, EtherDelta’s reliability has been questionable, and its exclusive on-chain operation means that it does not escape congestion on the Ethereum blockchain. One project gaining significant traction that solves this problem is the 0x protocol (ZRX).

Per its whitepaper, 0x (not to be confused with district0x) bills itself not so much as a dApp, but rather as a building block pushing interoperability between dApps. Central to the protocol is DEX functionality, made possible by interlinked Ethereum smart contracts – a dApp integrating 0x into its backend would effectively have access to a decentralised exchange.

The Path Towards True Decentralization

Very few projects in the space come close to generating a solution of this magnitude. If successful, 0x could be seminal in connecting the numerous blockchains, which may be promising by themselves, but exist in a void.

Many believe that DEXs are the key to beginning to look at crypto not as a fragmented landscape of different factions, but as an increasingly interactive distributed network – one may even go so far as to say it lays the foundation for Web 3.0.

0x’s implementation, beyond linking the various cryptocurrencies, would put into question our reliance on exchanges as they exist today. Sacrificing private keys and submitting passport scans with selfies are practices that will no doubt fade into obscurity (fiat-to-crypto gateways, however, will most likely trail behind in this regard). DEXs promote privacy, anonymity and security in a way that hasn’t been seen for awhile on exchanges.

A few examples of other potential use cases for the 0x protocol involve:

Thus far, 0x has formed the basis for the Radar Relay exchange, and is being built on by projects such as Aragon, Augur and Status.

Some have questioned the need for a native token (denoted as ZRX). There are a few factors influencing the price. One of the major ones seems to be that, as a governance token, there is an intrinsic incentive to holding it as it confers voting power.

When you consider the potential applications of the protocol, and its position at the centre of many other projects, this by itself seems a good reason to amass ZRX. A good post detailing its role within 0x-based dApps, as a fee mechanism, can be found here.

The 0x token has a market cap of $1 billion and ranks in the top 50 coins (albeit towards the bottom, at #41 at time of writing).

The team have been progressing through their roadmap, frequently releasing updates to their JavaScript library and deploying contracts on the Ropsten/Kovan testnets. While slightly behind schedule, the plan laid out for 2018 includes:

Who is the 0x Protocol For?

Currently, the protocol’s target audience is the growing number of developers creating dApps (and, to a lesser extent, speculators having invested in the ICO to fund development).

In the long run, as 0x matures and is baked into a range of applications, we could begin to see token abstraction across the board: instead of needing 40 different tokens for 40 different dApps, the average user could pay with any coin they hold, with the inbuilt DEX effortlessly converting them into whichever one the dApp necessitates.

Radar Relay recently announced support for the Ledger hardware wallet, marking it as the first decentralised exchange to enable trades between hardware wallets. This is a very big deal for crypto – to be able to exchange tokens without having to transfer them from a hardware wallet to an exchange. Vinny Lingham, founder of Civic, agrees.

There are a handful of other projects trying to solve these problems, including the Kyber Network, Bancor and Airswap. What makes 0x different is not only its interoperability and scalability, but the team itself. Their advisor lineup is basically a who’s who of Silicon Valley’s cryptocurrency.

0x has an impressive social media following — approximately 79.4K followers on Twitter and it encourages community involvement on its Github by contributing to its ZEIPs.

ZRX can be purchased on Poloniex, HitBTC and Binance, and is supported by Shapeshift. Of course, you can also find it on Radar Relay.

Given it’s already functioning product, impressive roadmap, and incredible team of developers and advisors, 0x looks like one of the projects most likely to succeed in 2018.

If you are interested in learning more about 0x, check out this video that is a deep dive into its technology and how it works.