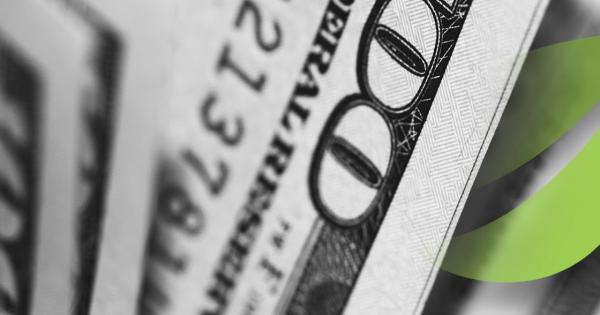 According to Paolo Ardoino, the chief technology officer (CTO) of Bitfinex, the crypto exchange has completed fundraising of $1 billion in tether (USDT).

The executive attributed the fast-paced fundraising of the exchange to the confidence of investors in the firm’s operations and the willingness of investors to defend Bitfinex for the good of the crypto industry.

“Why? Because they know we are trustworthy, they recognize what we have been doing (without needing us bragging about it publicly) and they want us keep fighting for the industry whole. Their own words. Thank you everyone for the amazing support we got. We are impressed.”

What Does it Mean For Crypto?

Immediately after the statement of Ardoino was released, the bitcoin price spiked from around $7,000 to $7,100, followed by a substantial decline in the Bitfinex premium.

On May 9, Larry Cermak reported that the premium of Bitfinex dropped drastically in a 24-hour span, indicating that traders see less risk in the crypto market.

In early May, after the office of the New York Attorney General (NYAG) filed a lawsuit against iFinex, the parent company of Bitfinex and Tether alleging Bitfinex of mismanaging $900 million of Tether’s cash reserves, the number of traders selling Tether on Bitfinex for bitcoin spiked.

“Our investigation has determined that the operators of the ‘Bitfinex’ trading platform, who also control the ‘tether’ virtual currency, have engaged in a cover-up to hide the apparent loss of $850 million dollars of co-mingled client and corporate funds. New York state has led the way in requiring virtual currency businesses to operate according to the law.”

As buy volumes began to rise rapidly, the price of bitcoin on Bitfinex increased, due to an intense sell-off of Tether.

However, possibly due to the progress in the fundraising, the Bitfinex premium started to decline in the past several days, suggesting that traders have become more comfortable with the overall state of the crypto market.

The newly obtained $1 billion would allow Bitfinex to recover the $900 million it “loaned” from Tether and slowly buy back LEO tokens it distributed to investors using the exchange’s profits.

After securing enough capital from major investors, Bitfinex is said to have provided an “opportunity” to a larger audience to participate in the fundraising.

“There is a small allocation left and we just prefer to share to small investors until there is time. We have a request from few big buyers to buy the few millions left once we close it. But we believed it’s more fair to give opportunity to a larger audience.”

As the bitcoin price hit a new 2019 high at $7,500 and the valuation of the crypto market surpassed $213 billion, the sentiment around the industry has noticeably improved in recent weeks.

Bitfinex still faces a pending lawsuit filed by the NYAG’s office and the potential outcome of the case remains uncertain.

But, the fear, uncertainty, and doubt (FUD) around Bitfinex and Tether is likely to subside in the near-term as the fundraising alleviates some of the pressure placed on Bitfinex.

An ongoing investigation into iFinex Inc seems to have caused an exodus of traders out of Bitfinex.

After a week of drama surrounding iFinex Inc, which operates Bitfinex and owns Tether Ltd, CoinMarketCap has decided to remove Bitfinex’s price data from its calculations.