The CEO Who Will Make Almost a Billion from Bankruptcy 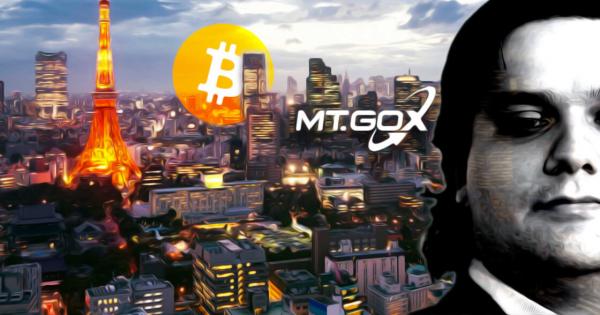 Bitcoin is having quite a year. It has far exceeded everyone’s expectations as it surges in value and makes inroads into the traditional financial system. All of this Bitcoin-related activity has caused a cryptocurrency euphoria. While many people are understandably thrilled with Bitcoin’s ascension, few are as happy as Mark Karpelés.

In 2014, Karpelés was the CEO of Mt. Gox, a Bitcoin exchange based in Japan. In its heyday, Mt. Gox was a behemoth in the cryptocurrency space. According to The Wall Street Journal, Karpelés’ firm “was the biggest trading platform for Bitcoin.” It handled more than 70% of all Bitcoin trading, and it was securing millions of dollars worth of Bitcoin for its customers.

That’s when everything fell apart.

According to Mt. Gox management, a security flaw in their system was exploited, and hackers were able to steal Bitcoin. Karpelés blamed the attack on an issue with “transaction malleability,” but the results were catastrophic. 850,000 Bitcoins were stolen, and the exchange suddenly lacked resources to stay afloat.

After weeks of DDoS attacks made the platform virtually unusable, Mt. Gox immediately shut down and account holders lost all access to their currencies held on the exchange. As a result, Mt. Gox’s downfall came quickly. In February 2014, Mt. Gox declared bankruptcy, and the financial data was frozen.

In February 2014, Bitcoin was still valued at less than $1,000. Of course, Bitcoin holders using the Mt. Gox exchange were upset, and the lawsuits began to pile up.

Then a miracle happened.

Mt. Gox found some of the lost Bitcoins. As a part of the bankruptcy process, Mt. Gox’s digital wallets were scanned and almost 200,000 Bitcoins were discovered.

The Mt. Gox bankruptcy trial is a unique coalescence of events. First, cryptocurrencies are a relatively new iteration of traditional fiat currencies, so there is a limited number of judicial cases to set a legal precedent. More obviously, Bitcoin’s value has exploded since bankruptcy proceedings began.

At its current value, Bitcoin is more than 8 times more valuable today than it was when bankruptcy proceedings began. As Ars Technica reports,

Because Bitcoin’s value is increasing so rapidly and the bankruptcy hearings are proceeding so slowly, that value is actually increasing by the day.

This almost sounds like good news. The excess value from the located Bitcoins could allow every Mt. Gox user who lost assets when the exchange collapsed to be compensated for the loss.

Some of the recovered Bitcoin belong to platform users, but some also belonged to Karpelés, so only a fraction can actually be recovered through bankruptcy proceedings. In addition, bankruptcy proceedings freeze an asset’s value at the time of declaration. Typically, the implications for this rule are not as profound because assets rarely accrue value as rapidly as bitcoin has.

In short, in the end, Karpelés could financially benefit from this disaster.

Publicly, Karpelés has said all of the right things. He’s expressed frustration with the hack and has lamented that the Mt. Gox platform was forced to close because of it. He maintains that he is innocent of any wrongdoing, and has pleaded so in court. This summer, Karpelés speaking in Japanese, told a panel of judges, “I swear to God that I am innocent.”

Karpelés asserted that the “‘proposition’ that he could stand to gain a lot is “based on laws.” Technically, he’s right. Nobody could have predicted the extent of Bitcoin’s ascension, and laws are laws. Still, it’s difficult to recognize that a failed CEO could be compensated so well when so many people lost a tremendous amount of wealth under his leadership.

It’s also a reminder that laws and procedures will need to adapt to changing methodologies and technologies in the cryptocurrency market.