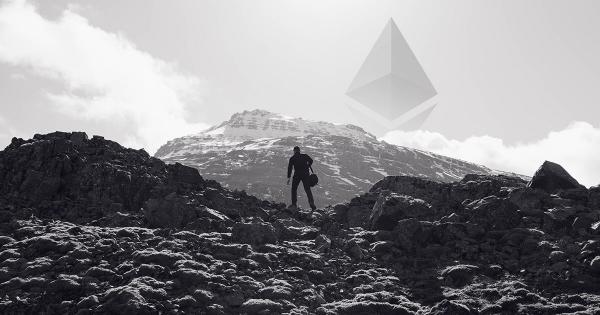 Approximately 68 percent of Ethereum addresses are “out of the money” according to the crypto analytics platform IntoTheBlock, denoting addresses with an average purchase price higher than the current spot price of $187.

This is a dramatic contrast to Bitcoin, which after its recent bullish impulse has 76.7 percent of its holders in profit, indicating a stronger position for the market-leading crypto.

A near-even number of addresses exist at each price band in the red, visible above, all the way up to ETH’s all-time high of $1,342. These are the groupings for profitless ETH holders (the average purchase price for each address):

This may not bode well for the bulls. With just 27% of Ethereum addresses currently in profit, these dynamics could potentially lead to hefty sell walls created periodically by profitless holders exiting their positions as ETH recovers.

Could be a long road to break-even

The “Break Even” chart tells a more sobering story—a substantial number of holders will need ETH to outdo its all-time high to break even on their investments. The chart below reveals that roughly 17 percent of addresses will not balance their books until Ethereum outstrips $1,342, with several million addresses requiring a price of more than $2684.

To HODL, or to sell off?

There is one crucial metric that could be more encouraging for ETH bulls, despite the crypto’s noted lack of recovery (down 86 percent from its all-time high).

The number of long-term holders‚ 12 months or more, has been consistently increasing every month in the last year—likely indicating a growing faith in the coin’s broader prospects. As reported previously by CryptoSlate, the amount of ETH locked up in DeFi (decentralized finance) recently hit an all-time high, while the narrative of Ethereum as the most sound form of money appears to have been strengthening.