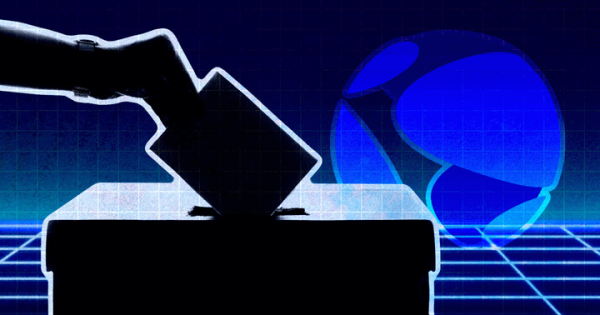 Proposal 1299 to (re)enable IBC passed over the weekend with a 95% “Yes” vote and 0.01% “No” vote. However, like a previous proposal to burn the community UST pool, this proposal “did not successfully execute due to technical issues” as well.

1/ Prop 1299 to (re)enable IBC has passed but did not successfully execute due to technical issues. Namely, the proposal attempted to enable IBC transfers which were already enabled 🧵. pic.twitter.com/mCgZyxu7O2

Prop 1299 is another failure in a growing list of problems for the Terra governance system.

IBC stands for Inter-Blockchain Communication and is “an open‐source protocol for relaying messages between independently distributed ledgers, was created to connect independent blockchains to one another.”

The community proposed re-enable IBC on Terra to release over $150 million UST stuck in specific protocols. According to the proposal:

“Terra validators disabled IBC as a stop-gap solution to preventing Impermanent Loss on UST and LUNA pools on Osmosis and other IBC DEXs. Unfortunately, this also prevents UST and LUNA from transferring between chains. Currently, about 154.7M UST is stuck in Osmosis alone.”

3/ We are aware of the issues associated with this proposal & are working on getting the IBC channels open for users as soon as possible.

Stay on the lookout for future updates!

Since the tweet, there have been no further announcements as we draw closer to the May 27th deadline for LUNA’s new “genesis” chain. Interestingly the Terra.money website now features a full-page announcement promoting Terra 2.0.

The page is similar to what would be expected from a project releasing an upgrade to its protocol. The headline reads, “Terra 2.0 is Nearly Here.”

Terra is promoting 2.0 in the hopes of restoring the ecosystem of developers working on the blockchain. However, the new chain will not include UST meaning that LUNA will serve only one function — governance.

Holders of the LUNA token will be able to vote on the direction of the new chain but will not necessarily receive any rewards through holding. The earn mechanism for Terra Classic was built into the UST/LUNA arbitrage-backed peg, and if it is removed, then only on-chain governance remains.

In the last days of Terra Classic, two high-profile proposals have passed and then failed to execute due to “technical issues.” Such bugs cannot instill confidence in investors or builders and thus raise serious concerns over the viability of the new chain. 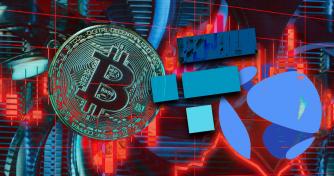