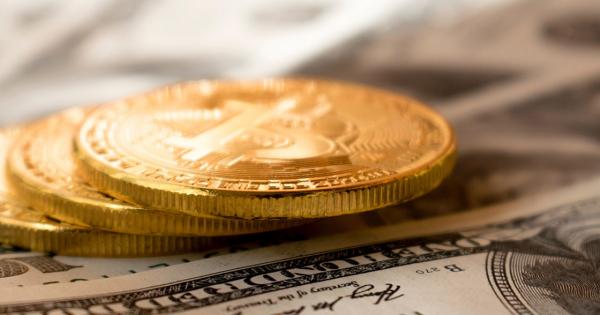 Central and commercial banks are the top dogs of the world’s largest market by trading volume—the $5-trillion-a-day foreign exchange (FX) market. A closer look at the balance of power in this global industry reveals how banks could manipulate, and even dominate, cryptocurrency in an unregulated market.

Central banks are the largest institutions in the FX market and hold reserves of their own fiat currency in addition to foreign currencies for trade and strategic purposes. By controlling domestic monetary and commercial banking policy, central banks exercise broad powers over short, mid, and long-term trends in the currency markets.

When announced by central banks, high-impact news such as interest rate adjustments and inflation reports have significant short-mid-term effects on price-action as they are priced in by market participants, and then go on to impact higher timeframe trends as consumers and businesses react accordingly.

Naturally, Bitcoin and other decentralized, fixed-supply cryptocurrencies exist as an antithesis to such a model of state-level control—famously derided by Satoshi Nakamoto in the creation of the Bitcoin’s genesis block with the comment “The Times 03/Jan/2009 Chancellor on brink of second bailout for banks”—operating outside the sphere of central banks, seemingly to their dismay.

Central banks initially pushed back with abhorrence at Bitcoin and other decentralized cryptocurrencies, at the prospect of a monetary system outside their control, but seem to have turned their attention to other apparent threats in recent months after the announcement of Facebook’s Libra and corporate digital currencies.

While central banks cannot yet manipulate cryptocurrencies as they would their own fiat using interest rate adjustments and more nuanced tactics, they certainly have the means to create a system where they can influence price discovery in the crypto market.

Through policy, central banks could incentivize their commercial underlings to realize Hal Finney’s “Bitcoin bank,” replicating the fractional-reserve banking system of today using BTC as reserve currency and effectively integrating it into the world of FX.

The first step may have already been taken towards Finney’s prophecy, banks using a form of “digital cash” redeemable for Bitcoin. The majority of central banks are reportedly intent on launching their own digital currencies, with China set to roll out its own as early as November. Indeed, these sovereign digital currencies could morph into the electronic cash envisaged by Finney if Bitcoin should usurp status from the U.S. dollar as a global reserve currency, and perhaps gold as an incumbent store of value.

In another scenario, China and other states that do not float their currencies freely on the FX market, but peg them to the U.S. Dollar or other strategic fiat currencies, could have an incentive to switch to BTC as reserve. Maintaining a pegged rate requires a vast sum of foreign currency to be held by the state—more than $3.1 trillion USD in China’s case—and can exacerbate inflation in the reserve currency and produce other undesirable side-effects.

Bitcoin, a deflationary, fixed-supply asset that cannot (easily) be weaponized through foreign central bank policy, may be a preferable peg as its capitalization expands sufficiently to stabilize the price.

Due to the loose regulatory environment of FX, however, the actions of central banks may not be required to give commercial banks significant leverage in the crypto market.

Currency regulation and the issue of sovereignty

The narrative of crypto as an easily manipulated, unpoliceable asset-class has existed since the inception of Bitcoin, often contrasted with the supposedly iron tight securities markets. It may seem ironic then that the market for fiat currency, which may be a more accurate equivalent to crypto, is all but unregulated.

FX is a global over-the-counter (OTC) market and as such has no international regulatory body to police trades. On the domestic level, spot FX, which accounts for more than 85 percent of all transactions, is unregulated in all major FX centers including the U.K., the U.S., and Switzerland. Only futures, swaps, and other non-spot transactions are regulated in these jurisdictions, as derivatives.

If banks are to handle crypto under similar terms—a likely scenario given the SEC’s declaring BTC and ETH as having non-security status—their role in FX must be understood.

A collection of banking giants including Goldman Sachs, Deutsche Bank, UBS, and Citigroup are the top tier of traders in FX, making the market and accounting for more than 50 percent of all trading volume.

The banks generate profits on the bid-ask spreads they offer to institutional traders and corporations transacting FX, and also generate gains through their own trading programs. As the banks handle large, often multi-billion-dollar transactions for corporate clients that will push price in a certain direction, they can legally capitalize on proprietary information. In the securities market, this is an illegal practice known as ‘front-running.’

Thinkably, the banks could wield similar powers in crypto—particularly in the case that central banks granted them the ability to adulterate Bitcoin price discovery using fractional reserve systems. Yet a less far-fetched scenario may be unfolding.

Citigroup, Goldman Sachs, and other top banks have made public their intention to become crypto custodians while investing in the custody market’s existing leaders. Once mature, BitGo and other established custodians could become prime acquisition targets for the banks—thinkably giving them access to the same proprietary information they enjoy in FX by facilitating commercial trades.

There is no clear timeline for the entrance of banks to the crypto market, however, and the very subject has been rife with misdirection and obfuscation.

JPMorgan CEO Jamie Dimon seemed to become crypto’s poster boy for Wall Street’s time-honored brand of misdirection after his on-and-off blasting of Bitcoin as a “fraud” and “scam,” months before his firm declared BTC had “intrinsic value” and unveiled their own cryptocurrency. Not too long after Bitcoin made its famed rally of Q4 2017 and the coin became a household name, however, the banks started to lay a few of their cards on the table.

Goldman Sachs, a Wall Street stalwart as the second-most profitable bank in the world, led the pack in May 2018 when it hinted at plans to launch a Bitcoin trading desk, and a month later admitted it had been trading BTC futures on behalf of clients. Later in August after the confirmation of a Bitcoin bear market, the banking giant said it had shelved its own trading plans due to regulatory uncertainty. Few disclosures have been made by banks since.

The dark side of the market

The largest banks may not only dominate FX by capitalizing on privileged information in what some would see as a regulatory no-man’s-land, but for more nefarious reasons. The top banks have been hit with a number of high-profile charges and lawsuits for collusion, price-rigging, and many of the various forms of skullduggery one can commit in the currency market. Examples abound, and yet no regulator has to date shuttered a bank for manipulation in FX.

Perhaps most infamously, in 2012 it came to light that for over a decade Barclays, UBS, and a number of the top banks had been manipulating the London Interbank Offered Rate (LIBOR)—widely considered the world’s most important financial benchmark tied to hundreds of trillions of dollars worth of assets—to benefit their derivatives traders.

In late 2018, a group of institutional investors including BlackRock, the world’s largest asset manager, came to a settlement agreement worth more than $2 billion with 15 of the top banks after alleging they had been colluding for over a decade to rig the FX market. The complaint stated:

If banks enter the crypto market in force and employ some of the tactics they have evidently used to dominate FX—legitimate or mischievous—heavy implications could be in store for the price discovery of cryptocurrency. Ultimately, both commercial and central banks would profit from placing fiat-style controls over crypto and subjecting the market to the same dynamics at play in FX.