The European Central Bank (ECB), Eurozone’s chief financial regulator, has released its report on cryptocurrencies and their implications on the financial stability of the region. 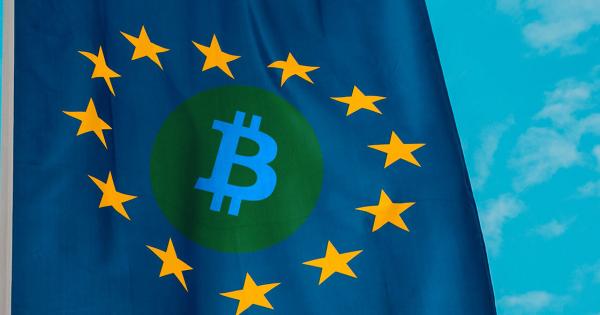 The European Central Bank (ECB), Eurozone’s chief financial regulator, has released its report on cryptocurrencies and their implications on the financial stability of the region. The paper took a neutral stance towards digital assets and said that they weren’t a threat to the economy.

The European Union’s stance towards cryptocurrencies

However, while the crypto industry celebrated this as a win, many aspects of ECB’s paper went unnoticed. We dug deep into the document to show you what this really means for cryptocurrencies.

Cryptocurrencies have grown from a tiny niche to an industry with a $250 billion market capitalization in less than a decade, but their immense growth seems to have been tough to follow. Financial regulators across the globe have been struggling with how to police an industry, and assets, that are difficult to track. Countries such as China, Taiwan, and Russia have all banned cryptocurrency transactions and have gone out of their way to control the industry.

Other countries, such as the United States, Canada, and Australia have taken on a much more balanced approach to the new asset class, which has caused the industry there to flourish.

The European Union has been much more neutral when it comes to cryptocurrencies, and, unlike the US, has passed no specific legislation regarding the new asset class.

With 28 countries in the Union, it’s hard coming up with legislation that will fit the financial needs of every member.

Therefore, the European Central Bank, the Eurozone’s main financial regulator, has taken on the responsibility of conducting a thorough review of the market every few years. These reports were published in 2012 and 2015. The bank’s May report is titled “Crypto-Assets: Implications for financial stability, monetary policy, and payments and market infrastructures,” and much more important than the two previous ones.

This year’s report is special, as it comes a year after a historic crash and at a time where cryptocurrencies are getting more media attention than ever before. ECB’s mere interest in the matter is frequently seen as a positive move for the industry, despite the regulator being skeptical about digital coins.

Bitcoin isn’t money, but it isn’t a threat either

The main takeaway from ECB’s report is the fact that the regulator described cryptocurrencies as not being a threat to Europe’s financial stability.  The report said.

And while this was celebrated across the crypto industry as a win for everybody, the fine print revealed that mainstream adoption is still a long way ahead.

When examining the crypto market, and Bitcoin, in particular, the report raised concerns with regard to money laundering, market integrity, and consumer protection. It acknowledged that these are real dangers the market faces and has deferred any further analysis of the matter to “relevant authorities.”

However, the European Central Bank found that Bitcoin and other coins posed no threat to the financial stability within the union. While cryptocurrencies were described as being “more volatile than traditional stocks, bonds, and commodities,” they have no tangible impact on the real economy, the report said. Therefore, they don’t and shouldn’t have any significant implications for monetary policy.

ECB also pointed out that the crypto market’s linkage to the wider financial system remains limited, despite the market’s increasing market cap. This claim seems to be the one that might get disputed the fastest, as growing institutional interest is slowly pushing cryptocurrencies into the mainstream.

“The sector nevertheless requires continuous careful monitoring, as market developments are dynamic and linkages to the wider financial sector may increase to more significant levels in the future.”

This might prove to be the most important sentence in the report, as proves that even Europe’s highest regulators foresee a future where cryptocurrencies stand at odds with traditional markets such as stocks and bonds.

ECB distinguished between blockchain and cryptocurrencies within the first few paragraphs of the report. While this might seem like an unimportant detail, it shows that the potential distributed ledger technology has is clearly recognized by Europe’s financial regulators.

There is no need to read between the lines, either—the report acknowledged that DLT and other innovative technologies have the potential to increase the efficiency of financial intermediation and the financial system as a whole. The European Central Bank, the European Banking Authority (EBA), and the European Securities and Markets Authority (ESMA) are all said to be actively monitoring developments and applications in the sector.

However, blockchain technology’s potential application in the financial system didn’t convince the ECB that cryptocurrencies themselves were a legitimate financial instrument.  The report clearly stated that digital coins could not be characterized as a new asset class.

Throughout the report, cryptocurrencies are referred to as “crypto-assets,” as the ECB believes calling them “currencies” has created a false idea around the concept. In the paper, the term “crypto-asset” does not represent either a financial claim on or a financial liability of any natural or legal person. It also doesn’t embody a proprietary right against an entity, the report noted

Cryptocurrencies also cannot be defined as electronic money, ECB noted, as they don’t represent a claim on the issuer, which is regulated by the Second Electronic Money Directive. They also aren’t scriptural money or any kind of financial instrument.

Why these definitions matter

While going over the list of things cryptocurrencies aren’t might seem futile, it shows what the crypto industry is actually fighting against.

Having such a high-profile financial institution say Bitcoin is not a threat to economic stability isn’t winning a war. It isn’t even close to winning a battle. Buried into the fine print is the fact that Europe’s highest banking institution essentially sees cryptocurrencies as investment toys without value.

The crypto industry cannot be regulated until central banks and other financial authorities recognize digital currencies as financial instruments and acknowledge their value in the market.

While removing “threat” from the equation doesn’t automatically equal success, this is a very important moment for the entire crypto industry, as it now shows what it has to stand against. 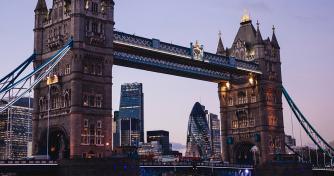 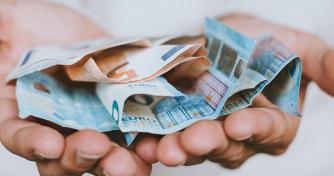