Crypto Market Bounces Back: SEC Declares Bitcoin and Ethereum are Not Securities

The US SEC has again clarified its position on both Ethereum and Bitcoin, stating that neither cryptocurrencies are securities. 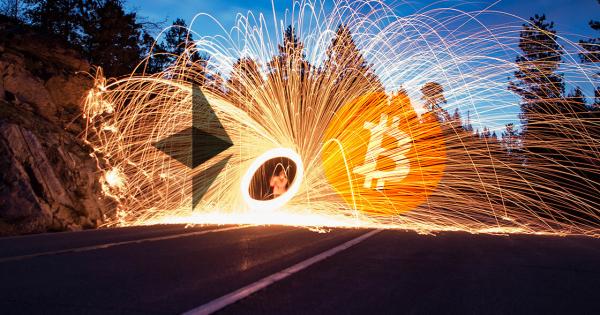 Photo by Sammie Vasquez on Unsplash

The US SEC has again clarified its position on both Ethereum and Bitcoin, stating that neither cryptocurrencies are securities. The announcement, made by SEC Corporate Finance Division head William Hinman, has addressed one of the most pressing issues in the crypto market at the moment, has catalyzed a return to positive market action.

Hinman’s statements, made at the Yahoo Finance All Market Summit: Crypto in San Francisco on Thursday, June 14, explicitly classified both Bitcoin and Ethereum as outside of the definition of securities:

“Based on my understanding of the present state of ether, the Ethereum network and its decentralized structure, current offers and sales of ether are not securities transactions,”

Some cryptocurrencies, according to Hinman, are not securities. In remarks made at the summit, Hinman stated that the SEC has no plans to alter the definition of securities to include Bitcoin, defining the official position of the regulatory body on cryptocurrencies — the name of a token is not important, but the manner in which it is sold, what it promises, and how it behaves is.

“Can a digital asset originally sold in a securities offering eventually be sold in something other than a security? How about cases when there’s no longer a company [involved]? I believe in those cases answer is a qualified yes.”

According to the SEC official, the economic reality of any given token is more important than how it is labeled — in Hinman’s words, “form is disregarded for substance.” During the extensive session on cryptocurrencies, Hinman elaborated on the SEC’s position on Bitcoin — which, like Ethereum, will not be considered to be a security by the SEC due to its decentralized nature.

Bitcoin “Not a Security”

The SEC official did not elaborate on the SEC’s position on the broad spectrum of altcoins present in the cryptocurrency market, but did specify that there may be other platforms that may be similarly exempt from classification or regulation as securities:

“Over time, there may be other sufficiently decentralized networks and systems where regulating the tokens or coins that function on them as securities may not be required.”

Some ICOs May Be Exempt From Security Status

The SEC appears to be adopting a nuanced stance on the controversial topic of initial coin offerings. Hinman, speaking on the topic of ICOs, implied that some digital assets could potentially be structured as a consumer item rather than as a security, especially if the assist is intended explicitly for personal use and not as an investment.

Providing ICO developers with the assurance that the creation of blockchain platforms driven by real-world use cases in this manner could potentially allow developers to focus on the ideation and creation of new distributed ledger technologies without the looming threat of regulatory action.

Fraud — especially in the ICO ecosystem — is still a pressing concern of the SEC, stated Hinman:

“There is excitement and a great deal of speculative interest around this new technology. Unfortunately, there also are cases of fraud. We stand prepared to provide more formal interpretive or no-action guidance about the proper characterization of a digital asset in a proposed use.”