Why this incoming U.S. Senator just shilled Bitcoin to millions on national TV

The adoption of Bitcoin is taking place at an extremely rapid pace. 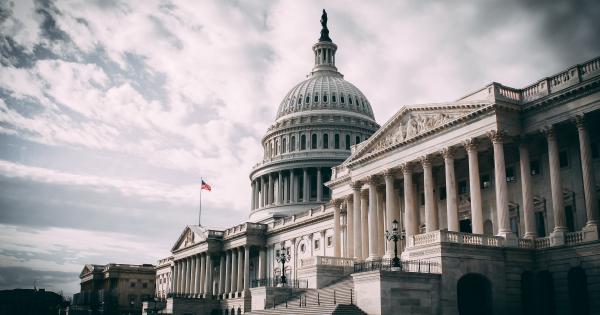 Photo by Harold Mendoza on Unsplash

The adoption of Bitcoin is taking place at an extremely rapid pace.

While the jury is still out on how a likely Biden presidency will affect the cryptocurrency space, soon, there will be one of this industry’s own sitting in one of the highest seats in U.S. politics.

Incoming Wyoming Senator (Senator-Elect) Cynthia Lummis recently took to Fox News and ABC News to talk about her policies, which include pushing for the adoption of Bitcoin.

Lummis recently made an appearance on Fox News to discuss her being elected.

When asked about her top priorities for her time as a Senator in Washington, D.C., she surprisingly answered with Bitcoin:

“I also plan to explain to my colleagues about #Bitcoin. […] I want to make sure everybody understands that this is a great store of value.”

She explained in an interview with ABC News days earlier that she thinks the cryptocurrency is a viable store of value on part with gold.

Lummis remarked that she thinks the U.S. dollar is not a good long-term investment because it is being inflated away. Bitcoin, on the other hand, has a scarce and provable supply due to the implementation of halvings.

Fox News: "What do you plan on doing? What are your top priorities?"

Senator-elect @CynthiaMLummis: "I also plan to explain to my colleagues about #Bitcoin. […] I want to make sure everybody understands that this is a great store of value." pic.twitter.com/rSnUT8UUmd

Not the only bull on the U.S. hill

She’s far from the only bull that will be sitting in a high position in U.S. politics

The incoming Biden Adminstration tapped former CFTC chairman and MIT professor Gary Gensler to be an advisor on Wall Street and financial regulation. Gensler was recently confirmed to have accepted this position.

This is important because Gensler is an active Bitcoin and crypto-asset proponent, having worked with MIT’s Digital Currency Initiative, along with publishing op-eds explaining how innovative the technology is.

The soon-to-be head of the Comptroller of the Currency, which regulates banking institutions, is also a Bitcoin bull, as is the current chairman of the CFTC.

Adding to this, Jay Clayton recently stepped down as the head of the SEC. While Clayton did say some good things about Bitcoin, he was infamous for seemingly spearheading attempts to stop a Bitcoin exchange-traded fund proposal from passing.

Billionaires getting involved in Bitcoin

Adding to all this, we’re seeing a growing number of billionaires getting involved in BTC.

“Mexico’s third richest man, owner of a media conglomerate, a bank, with the ear of the Mexican President, just disclosed his 10% BTC position.”

Mexico's third richest man, owner of a media conglomerate, a bank, with the ear of the Mexican President, just disclosed his 10% BTC position, shilling @saifedean's "The Bitcoin Standard" in the process.

He refers to Ricardo Salinas Pliego, who announced on Twitter today that he has put 10 percent of his liquid investment portfolio into the coin as he sees it as a hedge against over encroaching governments.

Bitcoin is up 60 percent in the past month alone. 2 min read

Retail Is Coming: Game of Thrones star asks Twitter if she should long Bitcoin

It appears that we’re in the part of the Bitcoin bull run where celebrities want in on our favorite orange coin. 2 min read