Retail Is Coming: Game of Thrones star asks Twitter if she should long Bitcoin 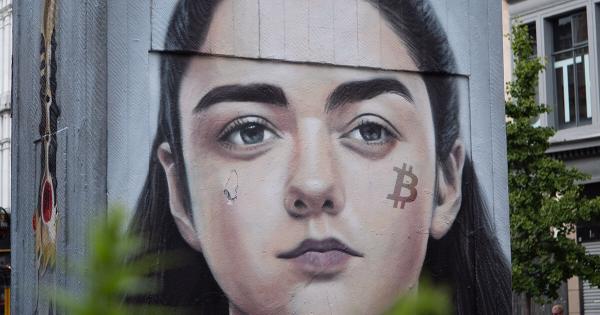 Photo by Chris Curry on Unsplash

It appears that we’re in the part of the Bitcoin bull run where celebrities want in on our favorite orange coin.

Joining a number of other prominent celebrities, “Game of Thrones” star Maisie Williams recently asked her Twitter followers if she should buy the leading cryptocurrency.

Arya Stark actress asks if she should buy Bitcoin

Williams, the actress behind the “Game of Thrones'” Arya Stark, asked her nearly three million followers earlier today if she should “go long on bitcoin.”

should i go long on bitcoin ?

Both her fans and members of the cryptocurrency community have responded to the tweet.

Barry Silbert, CEO Of Digital Currency Group, told Williams to “check out Grayscale,” the digital asset fund manager. What’s funny about this comment is that in the “Game of Thrones” world, there is a disease called Greyscale.

Others in the space have expressed similar enthusiasm.

Some of her fans, though, responded with confusion. Some argued that Bitcoin is “bad for the planet” while one of her fans said that they thought the cryptocurrency was just a “meme.”

Williams’ comment about Bitcoin comes shortly after other A-list celebrities also expressed their interest in the coin.

Now-retired rapper “Logic” made a “big investment” in BTC earlier this month, which he announced on Twitter.

And a few days prior to that, Kanye doubled down on his love for Bitcoin in an interview with Joe Rogan.

Whether or not Williams buys Bitcoin, one thing is for certain: she just exposed hundreds of thousands, maybe even millions, to the cryptocurrency market.

As CryptoSlate reported previously, the ongoing Bitcoin rally to nearly $17,000 now has been predicated on institutional volumes, with little interest from retail investors. Instead of mom and pop investors buying cryptocurrency, it is firms such as Stone Ridge Asset Management and MicroStrategy, along with investors like Stan Druckenmiller that are buying Bitcoin.

With retail investors having driven the 2017 rally to $20,000, the current lack of retail interest in BTC means there is a large amount of capital on the sidelines that could enter the cryptocurrency markets with the help of celebrities like Williams.

Bitcoin is stable above $16k with little mainstream hype, and it’s very bullish

The price of Bitcoin is showing stability above $16,000 after a continuous rally since November 10.