Washington State recently passed SB5638, “recognizing the validity of distributed ledger technology,” to much fanfare in the local community, but the bill itself does little to position Washington as a hub of blockchain innovation and without quick and decisive action, we could very well be on a path to repeat the same mistakes made in […] 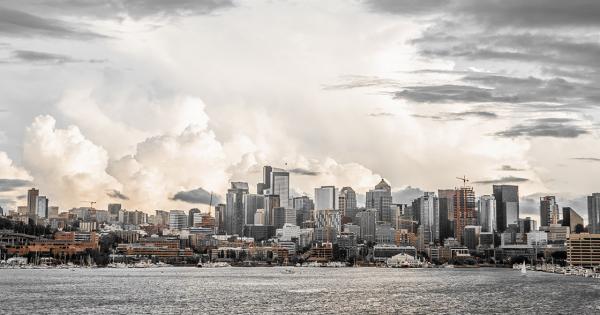 Washington State recently passed SB5638, “recognizing the validity of distributed ledger technology,” to much fanfare in the local community, but the bill itself does little to position Washington as a hub of blockchain innovation and without quick and decisive action, we could very well be on a path to repeat the same mistakes made in the course of regulating the legalization of cannabis in Washington.

If you happen to have paid attention to what’s happened with the legalization of cannabis in Washington, progressives similarly celebrated the passage of I-502 back in 2012, but our failure to follow-up with appropriate regulations has stunted business development, investment, and tax revenue while making Washington a laughing stock among the international cannabis community.

The Washington “Blockchain Bill” provides a legal definition of “distributed ledger technology” and “smart contracts” and basically provides clarification for attorneys that smart contracts are indeed legally-binding contracts and that data created on and stored by blockchain or other forms of distributed ledger tech has the same legal standing as any other data. If that sounded entirely underwhelming to you, then you might understand why I’m less than excited about the passage of this bill.

Wyoming, of all states, has already done a fantastic job of enacting legislation to clarify issues for blockchain companies around banking, compliance, and ownership and Colorado has staked a prominent claim in the blockchain ecosystem with the success of last year’s ETHDenver conference.

If Washington wants to embrace this opportunity to establish our state as a leader of the blockchain ecosystem, we need to learn from history and correct our mistakes.

What happened with legalization?

Washington became the second state in the U.S. to legalize the recreational use of marijuana on Dec. 6, 2012, roughly a month after Colorado voters passed their own initiative to much fanfare (much greater fanfare, to be completely fair).

Stoners, entrepreneurs, and investors have anxiously watched as the first states to legalize weed rolled out regulations that would govern the grand experiment that is the legal cultivation and distribution of cannabis for the first time in the modern era. Washington state managed to collect a billion dollars in tax revenue from cannabis in 2017, and while that’s certainly nothing to scoff at, those watching would be hard-pressed not to wonder how Colorado has managed to collect a billion and a half in that same time, so much so that they’ve actually ended up refunding some of the taxes to citizens.

Missing out on tax revenue stems from our failure to clarify or create regulations for basic services like cannabis delivery or private smoking clubs. Shoppers in Washington can’t even see or smell the product they’re buying before purchase due to the over-regulation of packaging and have to choose from one of the few retailers lucky enough to receive a license in the non-competitive framework.

I don’t mean “non-competitive” in the sense that there isn’t competition in the industry; I use “non-competitive” to mean that your success has largely been dictated by the state’s regulatory framework rather than a company’s ability to compete in an open market. For example, producers with a Tier 1 license, allowing them to grow less than 2000 square feet of canopy, can’t even come close to competing with the prices that can be offered by those who have secured a Tier 3 license, granting 10,000–30,000 square feet of canopy.

We can also talk about Washington’s failure to address the expungement of criminal records for those with prior convictions for cannabis possession, but I think you’re getting the point that our failure to address a laundry list of issues associated with the legalization of cannabis has translated into a lot of headaches and lost opportunity rather than being the beacon of progressivism we hoped it would be.

Actually embracing blockchain would be a progressive step for Washington, but it’s going to take more than a lot more than a bill declaring the legalization of blockchain and smart contracts.

I understand that startups and businesses working with blockchain often pay lawyers a premium to educate themselves on how the intricacies of blockchain might be interpreted under the law, but I have a difficult time imagining the particular points clarified in Washington’s “Blockchain Bill” being difficult conclusions to have to come to.

“Legalizing” smart contracts with SB5638 may be a necessary step toward clarifying the regulation of blockchain in Washington, but it’s only the first of many that need to be taken to bring Washington up-to-speed with competing jurisdictions.

To give you a sense of what we’re competing with, Wyoming has passed legislation approving a regulatory sandbox for FinTech startups that provides businesses with three years to come into compliance with existing regulations; for creating state-chartered depository institutions so blockchain businesses can have access to basic banking services; and enabling the qualified custody of digital assets as bailment, meaning that institutional investors can exercise direct control over digital assets instead of indirect ownership, which is generally the case with traditional securities. In simple terms, these rules give businesses and investors the clarification they need to develop new products and services and deploy capital with far greater confidence than they could in jurisdictions that lack such regulations.

What can we do?

I don’t mean to diminish the work that went into writing SB5638 and getting it passed, but we need to be realistic about what remains to be done to make Washington the hub of blockchain development it deserves to be—and passing regulations to create a business-friendly regulatory environment sits pretty high on that list.

A common refrain in Washington’s tech and startup communities has been that Washington is where you build your team, but Palo Alto and New York are where you go to raise capital. The fact that the state of Wyoming has a greater reputation for being “blockchain-friendly” than Washington, the home of companies like Bittrex, ZenLedger, Coinme, and Dragonchain—not to mention Amazon, Microsoft, and T-Mobile’s work on managed blockchain services and Hyperledger—should be an embarrassment to those of us who want to see Washington positioned as an industry leader.

To create a friendlier regulatory environment for the development of blockchain in Washington we need tools for coordinating discussion around crafting and supporting new legislation, guidance from the pioneers of regulations in states like Colorado and Wyoming, and countries like Switzerland and Estonia, and the nerve to tackle issues of the legal complexity involved in bringing blockchain up-to-speed with regulations around securities, taxes, intellectual property, etc.

It might seem easier to “leave it up to the professionals,” but as a colleague recently pointed out to me, inclusion problems in tech can be summed up in the difference between saying “all are welcome” and “we did this with you in mind.” The more we can facilitate input from the community at large, the more success we’ll be able to realize together.

PNW Blockchain supports the growth of blockchain development in the Pacific Northwest through meetups and a public event calendar.