On Apr. 26th, Washington State Governor Jay Inslee signed SB 5638—an act “recognizing the validity of distributed ledger technology”—into law. The Act encourages the development of blockchain, recognizes its use in commerce and digital signatures, and amends legislation to provide definitions for the technology.

The original purpose of the Washington Electronic Authentication Act was to stimulate the use of “reliable electronic messages” in State commerce and ensure that “electronic signatures are not denied legal recognition.” Rather than encumbering businesses with outdated business requirements, such as the use of paper signatures, the Act encouraged businesses to leverage technology to streamline commerce.

The newly passed blockchain bill would expand the Electronic Authentication Act to include “encouraging the development of distributed ledger technology” to the legislation.

The Act also adds definitions for blockchain and distributed ledger technology to State law. For more details on the changes introduced by the bill read here.

The Washington Technology Industry Association also played a large role in lobbying for the legislation. Members of the association include Arry Yu (chair of the Cascadia Blockchain Council and former COO of Storm), Vaughan Emery (former CEO of Atonomi), John deVadoss (head of development at NEO), and Lawrence Lerner (CEO of Pithia, the former investment arm for RChain Coop), among others. 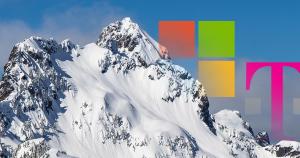 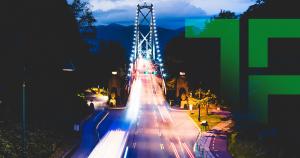 A blockchain community in the Cascadia region