There’s been much controversy over recent days over Ethereum’s supply. 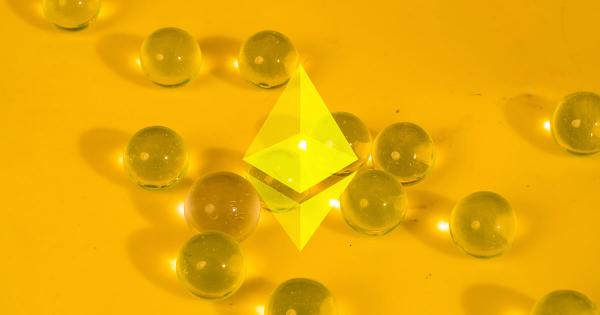 There’s been much controversy over recent days over Ethereum’s supply. As reported by CryptoSlate, Bitcoin proponents criticized how data sites tracking the second-largest cryptocurrency could not come to a consensus on the exact supply of ETH in circulation.

After days of discourse, the discussion has since shifted to a criticism of the cryptocurrency’s lack of maximum supply.

Bitcoin, as many know, has a hard cap of 21 million coins, which will be reached in approximately the year 2140. Ethereum, on the other hand, has no maximum supply integrated into the protocol as its rate of issuance is not based on an algorithm/curve, but instead on developer decisions.

Vitalik Buterin, the Russian-Canadian founder of the blockchain project, attempted to rebut fears that ETH will be printed ad nauseam on Aug. 7 when he discussed a technical change that could actually make the cryptocurrency deflationary.

If you’ve been following Ethereum over recent months, the term “EIP-1559” has likely come up many times.

EIP-1559 — or Ethereum Improvement Proposal 1559 — suggests that the current transaction model of the blockchain is currently “inefficient and needlessly costly to users.” Ethereum’s current model has transactors bid in a two-sided market to get their transactions included in blocks first.

Bankless’ David Hoffman wrote in 2019 on the proposal:

“The purpose of EIP 1559, according to Eric Conner, is to provide wallets and users a much needed improvement to the user-experience of gas management. The way that EIP 1559 solves the gas-management problem also improves Ethereum’s monetary management system.”

In the aforementioned tweet on Aug. 7, Buterin invoked the technical improvement as an answer to the criticism that Ethereum has no strict supply cap. He noted that once ETH2’s staking is activated and EIP-1559 is implemented, the cryptocurrency may actually be deflationary:

“I love how people have been so awkwardly trying to press ethereum on its lack of a preset “21 million”-like hard cap, when transaction fees the past 2 months have been high enough to more than fully cancel out PoS rewards post-EIP 1559,” Buterin remarked on the matter.

In theory, this should allow ETH to obtain a much higher monetary premium than it does today. As crypto research firm Delphi Digital wrote in its “The State of Ethereum 2020” report published just weeks ago:

“Tying things together, EIP 1559 and staking [create a] symbiotic relationship where not only does increase usage drive value but the introduction of cash flows to a wider group of participants for securing the network creates a more effective long term value proposition [for ETH].”

Considering the implications of the upgrade, the Ethereum community has been quite excited to try and push the upgrade live.

In the span of about a day, an EIP-1559 development donation portal raised $25,000 to “cover expenses related to development and testing of this change.” Thousands of more have since been donated to accelerate the upgrade.