Impermanent loss is a death sentence for DeFi mining 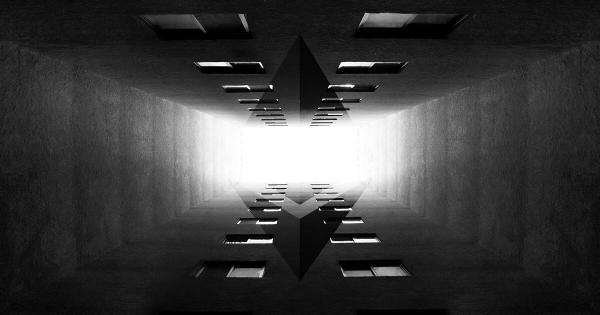 The great Ethereum supply debate is on—and it’s turning fierce. If you don’t follow; the network’s infinite supply has been a point of many discussions since its inception in 2015.

That means unlike Bitcoin (and thousands of other cryptos), there’s no “cap” to how many Ethers can exist in the open market — with the idea being supply increases every year as long as Ethereum exists.

So far, there was no major issue with how Ethereum operated. Yes, the critics were ever-present and ICO fanatics made millions, but no one really cared about what the Ethereum supply was like (as long as bags were pumped).

But since this month — on the back of a rise in DeFi projects — the criticism has risen, and it’s not the run-of-the-mill crypto scammers raising questions. Instead, prominent members of the Bitcoin community are leading the charge seeking the one true answer; how many ETH anyway?

It started when Micheal Goldstein commended on Arcane Research CIO Eric Wall’s Twitter thread; “Can they articulate how to easily and independently verify the monetary supply of ETH?”

When asked about the 21 million supply cap of Bitcoin, Goldstein said the asset can be verified by anyone using a Bitcoin-cli and a full node.

It is a trivial task to verify the Bitcoin monetary supply using bitcoin-cli with your own full node. pic.twitter.com/KMMXeE5ytf

Andrew, a thread commenter who seemed to explain how Ethereum’s uncapped supply was similar to Bitcoin’s, said that the former can be appropriated using a model of issuance rules with the current issuance. However, Monero lead developer, and code maintainer, Riccardo Spagni was quick to state that any interested party can “independently” verify the Bitcoin supply — with the same relatively difficult to do for Ethereum, he stated.

The key word in @bitstein's Tweet was "independently". You absolutely can independently verify Bitcoin's current supply. Have fun trying to do the same with Ethereum.

After the thread above started to spark further interest into how many ETH really are in circulation, Ethereum co-founder Vitalik Buterin jumped in on his Twitter account to explain his view. He tweeted:

I love how people have been so awkwardly trying to press ethereum on its lack of a preset "21 million"-like hard cap, when transaction fees the past 2 months have been high enough to more than fully cancel out PoS rewards post-EIP 1559. pic.twitter.com/TuyZMotacu

He later mentioned how to check the Ethereum supply, using this link.  In further comments, Buterin noted there were 112 million ETH in circulation.

Here's the rules for what the rewards are: https://t.co/4XCViRgzMZ

And you can run a node to verify that the current chain actually reflects those rules!

But some, like developer and Bitcoin educator Pierre Rochard, were unconvinced:

I will send 1 million sats to anyone who writes and successfully runs this script against their own ETH node within the next 12 hours.

Meanwhile, “Leon” ran the script and came up with several different supply figures when he (claimed on Twitter) to have ran the script:

This is incredible. Popular block explorers and coinmarketcap all show a different ETH supply

And of course, it couldn’t have been a crypto argument without someone dropping a meme:

Unknowable mysteries of the universe:

– What happens when you die?
– What’s the meaning of life?
– How much ETH is there?

The debate rages on.

Vitalik Buterin discusses how Google could use Ethereum for better “spreadsheets”

Naysayers of blockchain technology relegate to a singular narrative whenever given the chance — is blockchain or DLT any better than being a glorified database? When Vitalik Buterin, Ethereum’s co-founder, was asked the question, you’d bet his reply was nothing short of insightful.