Unlike Bitcoin, Ethereum has not earned the status of being a digital store of value. 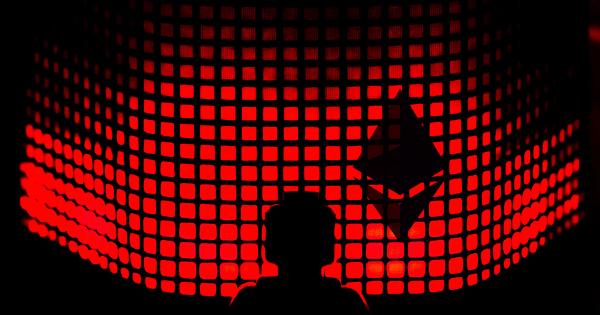 Unlike Bitcoin, Ethereum has not earned the status of being a digital store of value. It isn’t clear why this is the case: the asset has rallied some 100,000 percent since the project’s initial coin offering.

Still, fund managers on many occasions have suggested that investing in the cryptocurrency over long time frames may make little sense. Exponential Investments partners Leah Wald and Steven McClurg, for instance, wrote in June:

“On the other hand, given Ether’s inability to adequately serve as a store of value, it remains a highly risky speculative instrument. Ether traders look to take profit from its subsequent price changes over a short time-horizon. […] Visions of digital ingots dance before their eyes. However, these visions are formed without evidence. “

Yet Delphi Digital, a prominent cryptocurrency research company, argued in a recent report that the introduction of staking through Ethereum 2.0 (ETH2) and EIP-1559 will lend to a much stronger long-term value proposition for the cryptocurrency.

How Ethereum 2.0 and EIP-1559 could drive ETH’s long-term value proposition

According to Delphi Digital‘s “The State of Ethereum 2020” report recently shared with the public to celebrate the network’s fifth birthday, ETH’s current economic model is one not conducive to its long-term success:

“The dApps built on top of the Ethereum network are driving increasing fees leading to more scarce bandwidth, but are parasitic in that the on-chain value derived from activity does not increase fundamental value to ETH. “

Delphi writes, though, that this changes with the introduction of Proof of Stake with ETH2 and the implementation of Ethereum Improvement Protocol 1559 (EIP-1559).

These two technical changes will work in tandem to increase ETH demand while reducing supply, boosting the cryptocurrency’s fundamental outlook:

“Tying things together, EIP 1559 and staking [create a] symbiotic relationship where not only does increase usage drive value but the introduction of cash flows to a wider group of participants for securing the network creates a more effective long term value proposition [for ETH].”

The issue right now is that Ethereum has an uncertain monetary policy that may disincentivize investors from holding the cryptocurrency over the long run. In implementing staking and the EIP, which promotes long-term holding of ETH and may decrease the supply of the coin over time, the case to hold the asset grows much stronger.

Staking’s launch may be imminent

Delphi’s report on the state of Ethereum comes at an opportune time as ETH2’s launch has seemingly drawn quite close.

As reported by CryptoSlate previously, the Ethereum Foundation announced it has just launched the official ETH2 Validator Launch Pad in anticipation of the rolling out of the final ETH2 testnet, Medalla. The launchpad enables prospective stakers — those that own over 32 ETH — to easily onboard their coins, then receive rewards for participating in the network.

Unfortunately, there are purportedly some risks in implementing the current staking rewards model.

A senior manager and a director at ConsenSys, Tanner Hoban and Thomas Borgers, wrote in an audit earlier this month that the way in which staking will be implemented could make attacks “easier to scale.”

The duo also noted that since staking isn’t fully rolled out until later phases of the Ethereum 2.0 upgrade, there may be centralization on the network for the first year or two.