If you’ve been following Ethereum over the past few months, you’ve likely heard of EIP-1559. 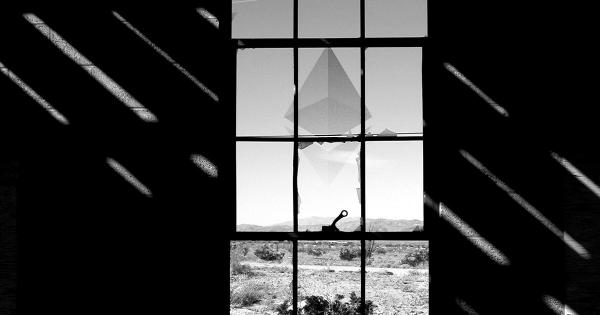 If you’ve been following Ethereum over the past few months, you’ve likely heard of EIP-1559. EIP, of course, standing for Ethereum Improvement Proposal — a design document outlining a change/new feature to the blockchain.

In short, the proposal will change how transaction fees work on the crypto network, making fees more predictable while burning ETH when transactions are sent.

If implemented, EIP-1559 will seemingly be the first change of this magnitude to a blockchain’s fee model.

Users of the network are responding to the proposal by donating to its development and acceptance, to the tune of thousands of dollars worth of the crypto stablecoin DAI.

In April of 2019, some of the top blockchain developers and researchers came out with EIP-1559. One of the authors of the proposal was Vitalik Buterin, the Russian-Canadian founder of Ethereum.

The premise of the proposal was that the fee model Ethereum had (and currently has) is “inefficient and needlessly costly to users.” This comes despite Bitcoin and other cryptocurrencies having a similar model, where users bid in a market to get their transactions included in blocks first.

To solve these inefficiencies, the authors proposed the establishment of a “market rate” for transactions and will burn a majority of the ETH spent on each transaction. Bankless’ David Hoffman wrote in 2019 on the proposal:

“The purpose of EIP 1559, according to Eric Conner, is to provide wallets and users a much needed improvement to the user-experience of gas management. The way that EIP 1559 solves the gas-management problem also improves Ethereum’s monetary management system.”

The EIP flew under the radar for months, with the proposal only going mainstream in Ethereum circles more recently.

Yet many are already excited about the change.

Ethereum proponents and developers launched a grant for EIP-1559 on the decentralized funding platform Gitcoin on Jun. 26. And a day after it’s launch, $25,000 has already been raised.

As mentioned on the last implementers' call, the goal is to use funds to both pay for multi-client development, testing/auditing, and for the community to signal its support for the EIP.

The funds will be used to “cover expenses related to development and testing of this change.” More specifically, the funds will be focused on implementing the EIP into clients, auditing the specifications, and providing bug bounties.

Notably, the DAI raised via the Gitcoin grant adds to the capital being put into this project by the Ethereum Foundation and ConsenSys.

Due to EIP-1559 changing some of a crypto’s most important features, monetary policy and transaction fees, many have been quick to speculate on its importance and potential effects.

Ari Paul, the CIO of crypto fund Blocktower Capital, went as far as to say that the EIP is so important that it is “make or break for Ethereum.”

Others have been more optimistic, saying that it’s decisively bullish for the asset.

Hoffman and Ryan Sean Adams, co-hosts of the “Bankless” podcast/publication, said that  the implementation of the proposal is one of three reasons why they think Ethereum will rally higher in the long run.