South Korean exchange, Bithumb, has given VeChain a new set of legs, spurring on an unlikely price rally amongst a bloody sea of red. 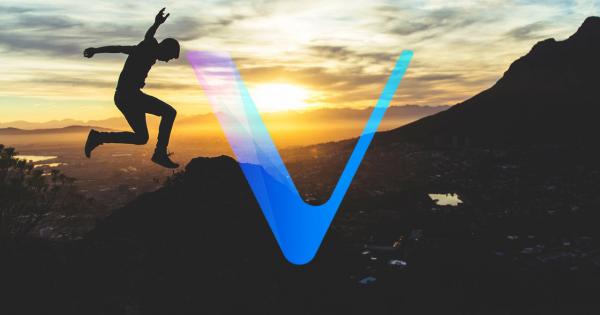 South Korean exchange, Bithumb, has given VeChain a new set of legs, spurring on an unlikely price rally amongst a bloody sea of red.

The South Korean exchange welcomed VET with a brazen show of support for the product management platform, using it as a rewards mechanism to seduce new users.

Unlocking the gates to a 2-part competition, Bithumb is dishing out VeChain to all who transact or deposit on their platform. The official announcement from Bithumb read:

VeChain, which is listed after review by Bithumb Cryptocurrency Deliberative Committee, is valued as a service blockchain that can be combined with real life, and is the payment currency used in the VeChain blockchain, which is already spurring development with many partnerships.

The eruption of VeChain Thor coincided neatly with the competition’s announcement, with price action stacking near-vertical as bulls frantically placed their buy orders.

What’s up for grabs?

The event consists of two separate schemes, with the first offering VeChain to all exchange-users trading in quantities larger than 500,000 KRW ($475 USD), exclusively from April 2-6.

Despite Bithumb’s extravagant generosity, rewards are modest at best, with the top-tier seeing just 100 VET (approx. $290) for the mind-bending sum of 5 billion KRW ($4.75 million).

The second contest is arguably a trifle more equitable, paying out up to 2% for deposits and transactions of 20,000-50,000 VET.

Whether by divine intervention, good luck, or sheer competence, VeChain has fared remarkably well during the current market bloodbath.

Their fantastic defiance has not gone unnoticed, with even CNBC going as far as to coin VET the “one survivor of this year’s cryptocurrency slaughter.”

What is VeChain’s saving grace?  While there is no certainty in this speculative market, some factors seem to have cushioned VeChain from the bearish blow.

There’s their ever-growing list of imposing partnerships, boasting such unimaginable heavyweights as BMW, PriceWaterHouseCoopers, and even the Government of China, all of whom appear to be chomping at the bit at the prospect of VeChain’s distributed business solutions.

Thank you @BMWStartups for the clarification! The future is very bright between @vechainofficial and BMW! We are thrilled we get to show it off soon! #GoVeChain https://t.co/wtUcpxnCH7

Next comes the question of the much-trumpeted Thor re-branding. With a twin-token blockchain looming in the near-distance, VET holders will be rewarded with VeThor(VTHO) as a by-product, similar to how the GAS token works with NEO.

The Thor re-branding would undoubtedly explain the unrestrained fervor for Bithumb’s viral giveaway, with punters scrabbling to muster every VET token they can.

In these tough times, green candlesticks are to be considered nothing short of a godsend. While they are to be welcomed with heavy sighs of relief, it is hard to say with conviction precisely what this particular spike means for VeChain.

After all, the smart money continues to flirt with the market, time and time again proving their ability to suffocate even the most promising of projects.

For more information on VeChain, including real-time price, market cap, and social media links, check out our VeChain coin profile.