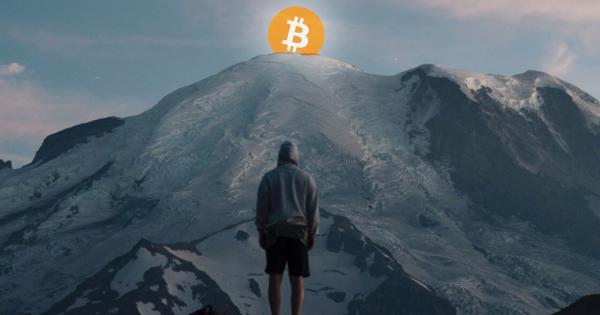 Photo by Kyle Johnson on Unsplash

The cryptocurrency market is currently in the midst of an ongoing bloodbath, with the value of Bitcoin — which holds a significant influence over the rest of the market — dropping below the $7,000 threshold for the first time this year. While crypto-negative speculation tests the resolve of skittish investors, however, market analysts are highlighting technical indicators that foreshadow a strong rally and a potential Bitcoin run-up to $20,000 by July.

Despite bullish developments within the cryptocurrency ecosystem which include a positive G20 financial summit stance to crypto regulation, CBOE support for Bitcoin ETFs, and distributed ledger tech support from telecommunications giant T-Mobile, investor sentiment is fluctuating, sparking a possible repeat of February’s “Red Tuesday” Bitcoin price drop to below $6,000

Why is the cryptocurrency market red across the board, though, and what does this mean for the future of the market? Has cryptocurrency lost its footing? Leading Wall Street analysts don’t think so, with several predictive models promising an imminent bull run.

The rapid decline in values across the board is linked to a spate of announcements that have spooked investors, beginning with Twitter and LinkedIn confirming that both platforms will ban cryptocurrency advertising at the beginning of the week.

The negative impact of the announcement was exacerbated by a statement from MailChimp — one of the most popular marketing automation platforms in the world — stating that the platform would be closing all accounts related to cryptocurrencies, as reflected in the updated MailChimp Acceptable Use Policy:

“We cannot allow businesses involved in any aspect of the sale, transaction, exchange, storage, marketing or production of cryptocurrencies, virtual currencies, and any digital assets related to an Initial Coin Offering, to use MailChimp to facilitate or support any of those activities”

MailChimp has since published a Tweet regarding the decision, stating that accounts that disseminate crypto-related information via the platform are excluded from the new policy, but any accounts involved in the “production, sale, exchange, storage, or marketing of cryptocurrencies” are prohibited.

Cryptocurrency-related information isn’t necessarily prohibited. It can be sent as long as the sender isn’t involved in the production, sale, exchange, storage, or marketing of cryptocurrencies. Our Acceptable Use Policy goes into more detail: https://t.co/JnHajBEUNk

The news, announced on Thursday via an email to MailChimp customers, catalyzed an immediate panic sell which was immediately compounded by official statements from Chinese central bank deputy governor Fan Yifei heralding further crackdowns in the Chinese cryptocurrency market.

Regulatory movements from the Chinese government exert a strong influence on the crypto ecosystem. The statements from the Chinese central bank official, made on Thursday, disseminated a significant amount of FUD throughout the already-anxious market with the announcement of protective measures designed to secure the value of the Chinese Yuan and combat the disruptive nature of digital currencies.

Deputy governor Fan Yifei has highlighted the importance of cementing the integrity of the Yuan, stating that the central bank will strengthen regulatory processes both internally and externally as part of a scheme designed to “rectify different kinds of cryptocurrencies.”

The latest wave of panic selling took the value of Bitcoin below the critical support level, with peak Asian trading hours on seeing the BTC/USD pair hovering at a low of $6680 before rebounding to the $6,800 level. The next support level is identified as $6,500 — the February 5 low — followed by the yearly low of $5,896.

A late-Friday rally has now brought Bitcoin back to the $7,000 mark and reduced selling pressure, with $8,000 firmly established as a recovery point once resistance is cleared. While short-term indicators dictate a minor positive adjustment, however, several analysts are calling for an imminent surge as institutional investors capitalize on a temporary slump amidst strong technical and fundamental factors.

Lee, the former chief equity strategist at JPMorgan Chase & Co, retains a staunch position on an end of year target of $25,000 for Bitcoin, highlighting the importance of HODLing on in the face of this year’s 40% decline:

“Market timing is generally discouraged in traditional equity investing. If an investor missed out on the 10 best days (for S&P 500) each year, the annualized return drops to 5.4 percent (ex-10 best), from 9.2 percent. In other words, the case for buy and hold in equities is the opportunity cost of missing out on the 10 best days.”

Lee’s statements are in line with his earlier analyses of Bitcoin price movement, noting the similarity between Bitcoin’s recent decline to the April/July 2013 sell-off, which preceded a “monster rally,” predicting a July 2017 target of $20,000.

Recent predictions from Abra CEO Bill Barhydt reflect Lee’s bullish statements on Bitcoin, who has called out an impending “price boom” in the coming months during which all “hell will break loose” as hedge fund managers and institutional investors swiftly add cryptocurrencies to their portfolios in order to capitalize on the volatility of the asset class.

Buckle Up — We’re Going to the Moon (Again)

While the market may be experiencing a short period of unrest as governmental bodies once again generate noise around potential crackdowns, the fundamentals behind cryptocurrencies remain potent drivers that hold strong potential to catalyze an imminent bull run.

With Lightning Network and SegWit implementation ongoing, increasing legal recognition of digital currencies, and decentralized exchanges just around the corner, the future of Bitcoin — and cryptocurrency in general — remains bright.