Just when you thought DeFi couldn’t get crazier, there’s now a method to burrow loans on zero capital. 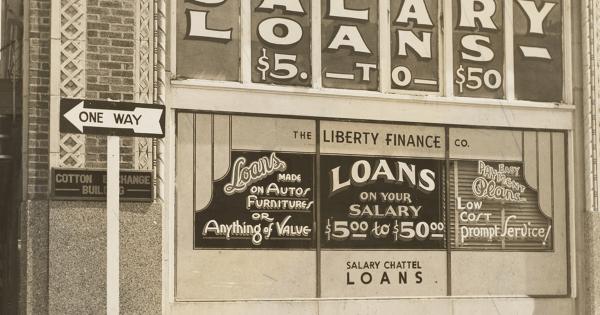 Just when you thought DeFi couldn’t get crazier, there’s now a method to burrow loans on zero capital.

Borrow crypto with no capital

The process allows delegated participants to borrow loans without their own capital, based on a predetermined contract confirmed on the blockchain.

@AaveAave is starting native Credit Delegation (CD). Aave depositors can delegate their credit lines. For example, Karen deposits an asset such as USDT to @AaveAave and delegates her credit line to Chad, who draws funds such as ETH from Aave Protocol. pic.twitter.com/MwU1faThIi

Take A and B for example. They conclude an agreement between each other on the terms of the loan such as repayment, interest rate, and covenants.

As Kulechov revealed, OpenLaw—a ConsenSys-owned blockchain-based protocol for the creation and execution of legal forms—would be used to sign that agreement, securing the enforceability of the loan. This is similar to how DocuSign works electronically to confirm agreements.

After the agreement is in place, A can create a CD Vault smart contract, allowing for the setting of a credit line and payable currency as predetermined on the terms. B can then draw the credit via a borrow() function and repay, via repay().

The process allows A to earn higher undercollateralized lending rates while delegating credit on their deposits. B, a trusted party, can source this liquidity from Aave without collateral.

The implications for such a project are unfounded. There’s never been a tech-based capital delegation system prior to Aave’s CD launch—at least when millions or billions could be handled in this manner.

On the enterprise level, Kulechov noted a DeFi-focussed crypto fund could play the part of a credit delegator. Borrowers could be firms like cryptocurrency exchanges, market makers, NGOs, and governments, who are constantly sourcing liquidity for their operations.

Speaking on how the concept could be a “success,” Kulechov said:


“When we reach the point where the Aave liquidity is sourced all the way to the traditional consumers or businesses via money lenders providing diverse globally available liquidity source.”

More documentation on credit delegation will be released. But for now, the project remains limited to trusted enterprises.

For the uninitiated, Aave is an open-source and non-custodial protocol enabling the creation of money markets. Users can earn interest on deposits and borrow assets.

Meanwhile, IntoTheBlock data shows LEND tokens are flashing a “bullish” signal for traders. Over 66 percent of all token holders are in profit, while 84 percent of LEND is held by “large” holders.

As per CryptoSlate’s DeFi token tracker, LEND has a market cap of approximately $250 million and trades at $0.20 at press time. It has returned 47 percent to investors in the past week, and is the top gain in the sub-sector.

Throughout 2019, the decentralized finance (DeFi) trend gained major momentum, with the total value of crypto locked within DeFi-related loans climbing towards $1 billion by the end of the year, before surmounting this milestone in January. 2 min read

The problem with crypto lending, and how to fix it

Since crypto is so close to big, volatile, risky money, it is easy to overlook the spirit of pioneership that is involved. 3 min read