The controversial blockchain has now issued the highest supply of the dollar-pegged stablecoin. 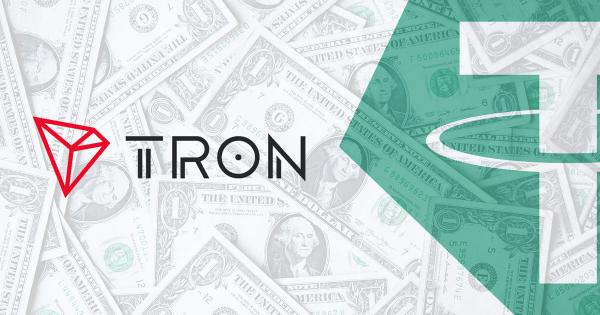 “Congrats on TRC20-USDT reaching the milestone of 30 Billion, as the best-performing stablecoin with immediate transactions and free handling fees on TRON,” wrote Sun on Twitter. The figure came months after Tether on Tron surpassed the stablecoin’s supply on Ethereum.

?Congrats on #TRC20–#USDT reaching the milestone of 30 Billion, as the best-performing stablecoin with immediate transactions and free handling fees on #TRON.

?The circulation amount of #TRC20–#USDT issued by @Tether_to on the #TRON network exceeded 30.9 Billion. pic.twitter.com/HCabocSNPj

Tether’s a ‘stablecoin’ backed on a 1:1 basis with the US dollar, meaning it’s always worth $1 (although higher premiums do exist on individual crypto exchanges). The stablecoin is issued on over eight other blockchains: Algorand, Bitcoin Cash, EOS, Ethereum, Liquid Network, Omni, Solana, and Tron—each with varying fees and settlement speeds.

The primary issuer of Tether, for a large part of its existence, has been the Ethereum network. However, slow speeds (15 transactions per second) and high fees (an average of $20, reaching over $200 in some instances) have led to traders and users move to other blockchains.

Tron has somehow emerged on top. It claims to have a tps of 2,000, and charges a fraction of a cent in fees, allowing it to reach the 30 billion USDT supply landmark yesterday.

The Tron milestone came on the back of Tether releasing its backed assets data for the first time in its nearly seven-year history. The coin’s issuer, Tether Global, has been the subject of huge controversy in the past several years, with critics alleging Tether might, in fact, be not backed by dollars at all.

The breakdown, however, shed light on the backing. It stated a bulk of Tether’s reserves were in cash, cash equivalents, or other short-term deposits with the remainder in secured loans, corporate bonds, and ‘other’ investments.