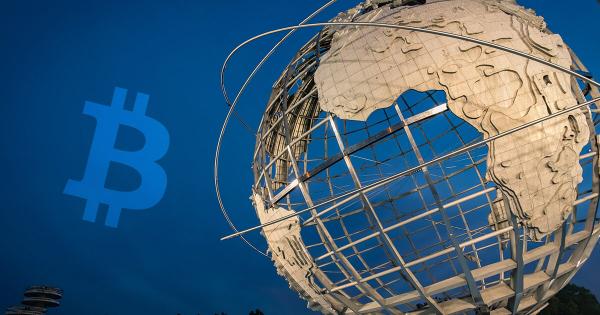 Real trading volumes have rocketed on the Bitwise 24-hour spot volume index — on Friday standing at $5.7 billion, one of the largest days ever recorded by the San Francisco-based asset manager. Bitwise pitches its Bitcoin spot volume index as the industry’s most accurate, with the data purportedly being cleansed of “fake and/or non-economic wash trading.”

The index reads $2.6 billion at the time of press, putting it near the highest 7-day average trading volume ever recorded by Bitwise, which came in at $3 billion in July last year.

Both of the largest peer-to-peer Bitcoin marketplaces have also seen discernible spikes in volume over the few weeks, with a number of nations posting their all-time-highs.

As reported previously by CryptoSlate, the volumes of these peer-to-peer platforms can be considered particularly useful for analyzing global and regional interest in the non-speculative purchase of BTC due to the large premiums involved in each transaction.

Since the global economy entered free-fall in late February, Europe, India, the Philippines, the UAE, Sweden, and Kenya have all seen record fiat volumes on Paxful, and globally the platform saw the last week of February winding up as its biggest ever.

Over on LocalBitcoins, Japan, Argentina, and Egypt have hit all-time-high weekly fiat trade volumes, and the platform itself is seeing the highest levels of usage since October last year.

Meanwhile, worldwide Google searches for “Bitcoin” are rocketing towards the 12-month high, suggesting retail investors are becoming increasingly interested in the original cryptocurrency.

“In my opinion, we haven’t nearly seen the worst yet, neither of the health nor the economic crisis. The Fed cut interest rates to zero and started up QE; I think most wouldn’t be surprised to see negative rates next. The effect the coronavirus has on economies worldwide has exposed the instability of the financial system. It’s crumbling under the pressure.”

All of this is striking against the backdrop of a looming recession, the likes of which may be unprecedented.

Bitcoin has in recent years been hailed by both crypto proponents and select institutional investors as the ultimate hedge against macroeconomic crises and periods of hyperinflation, yet analysts have remained divided on whether the coin’s imagined panic-rally would be led by retail or institutional investors — as was the famed gold rally of the early 1970s. This time around, perhaps retail could lead the charge.

“With that in mind, Bitcoin’s advantage (and disadvantage in this particular case) is still that it has liquidity, is very accessible, and trades 24/7; so when investors become fearful, it’s easy to sell. But none of this changes any of Bitcoin’s underlying properties that are the reason Bitcoin is where it is today.”

Analyst: This simple factor shows Bitcoin may drop another 40% before forming a long-term bottom