The project’s CEO Michael Alan Stollery has pled guilty to one count of securities fraud for which he faces life imprisonment. 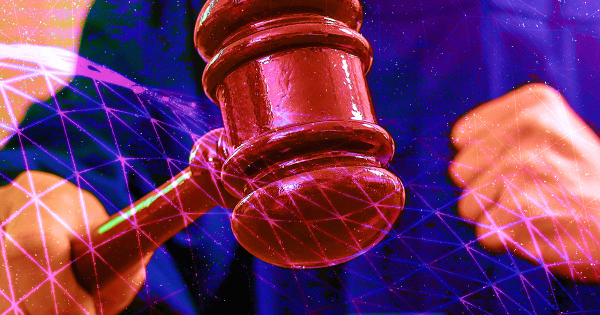 Stollery’s operation was unregistered and soaked in falsities

Stollery, was charged by a  Los Angeles district court earlier in June on one count of securities fraud. The prosecutor alleged that Stollery lured unsuspecting investors to buy “BARs,” a crypto coin issued by his firm, using falsified data, which was supported by ludicrous claims about the token’s potential upside.

Stollery also falsified white papers, which misled people about his project and its underlying digital framework. Furthermore, he faked numerous customer testimonials on the official Titanium Blockchain website while also lying about his company’s partnerships.

Via Titanium’s initial coin offering,  Stollery raised approximately $21M between  November 2017 and January 2018. However, the ICO was not registered with the American Securities and Exchange Commission (SEC) as is mandatory, thus making his entire operation illegal from the get-go.

Stollery faces up to 20 years in prison

The guilty plea comes after Stollery admitted to using the illegally acquired money to pay for his personal expenses, including credit card payments and other charges incurred during his many vacations to Hawaii.

In 2018, American authorities froze Titanium’s assets after Stollery lied about his professional relationships with the  Federal Reserve and major multinationals, including PayPal and Verizon.

“It was overexuberance that went beyond what he should’ve done. Mr. Stollery is very remorseful and he wants to get as much money as possible back to those that put their money in,”

Stollery is out of police custody on a signature bond as of press time. He faces a life imprisonment sentence of up to 20 years alongside other potential monetary penalties. He is scheduled to be sentenced on Nov 18.