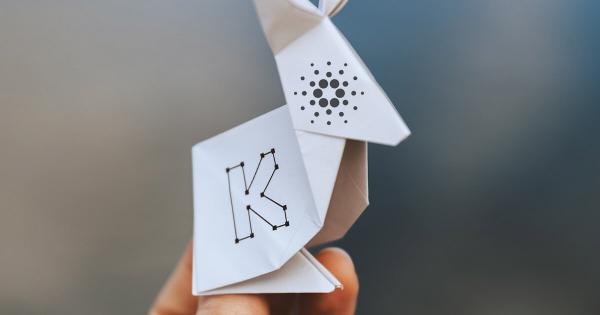 Photo by KOBU Agency on Unsplash

Cardano’s k-parameter is set to increase to 500 on Dec. 6, drastically diminishing rewards for large, oversaturated stake pools. The sharp rise in the parameter will mean that the top 100 stake pools on the network will all become saturated, with IOHK advising users to slowly begin re-delegating their stake to smaller pools to increase their rewards.

With four months gone by since the launch of Shelley, the Cardano network is set to undergo another massive shift towards decentralization. The k-parameter, a metric used to describe the soft cap on the amount of saturation stake pools on the network has, is set to increase to k=500 on Dec. 6.

This means that the threshold for stake pool saturation will decrease from 210 million ADA to just 64 million ADA, rendering the top 100 stake pools on the network saturated.

However, k’s decrease doesn’t mean that all ADA delegated to the top 100 pools will be lost—it’s the staking rewards that will be decreased. IOHK, the company behind Cardano, advised users that want to retain high staking rewards to re-delegate their stake to another, less saturated pool. The company also said that all re-delegation should be done before the end of epoch 233—it ensures that the user will reap the maximum amount of rewards immediately after the k-parameter shifts.

The goal of staking on the Cardano network has always been to reward long-term ADA holders and incentivize the participation of the largest number of people in the network. A wide range of stake pools, both in terms of location and size, creates the diversity that keeps the network secure.

Cardano’s way of moving away from power consolidation is the k-parameter, which acts as a built-in mechanism that decreases the rewards for stake pools once it passes a certain threshold for saturation.

And while this encourages delegators to move to less saturated pools, keeping the network decentralized, it can’t be changed in small increments like the d-parameter, which shows the number of blocks produced by the stake pool operators. The d-parameter is set to hit 0 in March 2021, which means that 0 blocks on the Cardano network will be produced by IOHK—stake pools be the ones that carry the entire network on their backs.

According to the company, k decreasing to 500 is just another stop before it reaches 1000 in March next year. Timing the decrease of both the d and k parameters to happen at the same time will spread the responsibility for the network to a large number of participants. At the time, IOHK will be retiring all but one of their stake pools, with all of the ADA owned by the company, delegated to a number of community pools